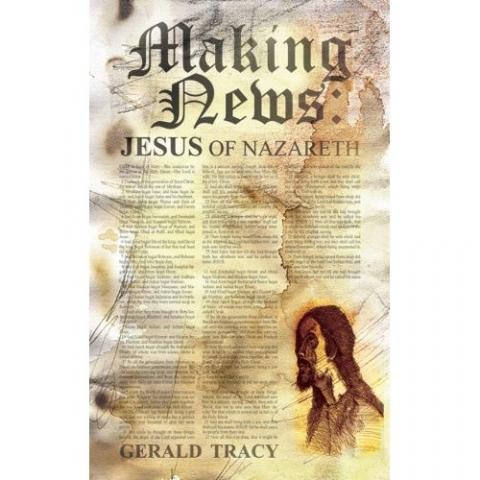 Most scholars would agree that The New Testament does not offer a biography of Jesus of Nazareth written during his lifetime, or even written shortly after his death. But we do have to learn in depth about the life of Jesus, are "testimonies of faith."  These testimonies consist of sacred tradition, and later written forms, or sacred Scripture. Since the Gospels were written after the death of Jesus, much of the content includes "testimonies of faith" as Jesus was remembered by the early church, and how he was known by early Christian communities.
Author, Gerald Tracy said his book Making News: Jesus of Nazareth offers the reader, content they might find in a daily newspaper in Judea, 31 AD. "This is a time of fascinating history beyond Jesus. Many competing religions, holidays, vocabulary, inventions, architecture, sports, and everyday practices are all covered in real time. It is what you would expect getting the morning paper in Judea 31 AD. The narrative never attempts to answer the question, where is the Biblical era printing press and news studio? It never delves into why the locals have the ability to get the latest sound bites on afternoon radio or a Sunday round up program. It simply puts the tools we have today in the time frame to share the events of another day. Jesus and his message are a mystery the media neither validates nor claims to fully understand. They report on the man “Making News: Jesus of Nazareth," he said in a press release.
The book tells the story of Jesus of Nazareth, in an objective way, the way a news reporter might deliver events. "Jesus is making headlines, a buzz on radio talk shows, featured stories on Sunday morning round tables, op-ed magazine articles, a local TV news phenomenon, and all in real time. His time, only it is a time with the tools of modern media fully operational," he said.
"Local commentators are asked to describe what they are seeing, political leaders are being examined, and local customs are news segments. Nobody has the answers but everyone is following the story using the media we have today. What would the news be on the radio, in print, on the TV in 33 AD? "Making News: Jesus of Nazareth" brings us his time in the way we digest news in our time," he went on to say.
He said he was prompted to write the book during the process of an international adoption. "The commitment of time to research and write this began as my wife and I were in the long process of International Adoption. Our children were born in Kazakhstan. It was eleven months into their lives that we all met. They are wonderful, healthy, thriving, and happy. We are all together as a family in Philadelphia," he said.
He said he wanted to devote his energies in delving into the impact he believes Jesus  had during his lifetime, and still has today.  "During the long wait in the adoption process, I wrote this novel both as a way of sustaining the hope we had in achieving a great family as well as a focus on the impact Jesus had in his time and still in ours. I wanted to lose myself in focusing on Jesus’ message in the form that we digest news today. It worked for me. I was hoping to find Charlie and Irina some day. I believed they were alive just we have not yet met. This book was a mission and a diversion at the same time.  It is the culminating fictional analysis of my years in religious study, organized Bible study, and career in media. It was a book I always wanted to write and read. Because this was a time where my wife and I were most family focused, open to inspiration and any blessing, that made this novel fun and exciting to do. Charlie and Irina were the dream that kept me searching for answers to what is in store for all of us. Our dream has come true. This book came along with it," he said.
He credits the people in his faith community for inspiring him to write the book, and stay the course as a writer. "Years of bible studies with fun groups of people, sharing their views, hearts and homes to discuss faith together. There are too many to mention, too many to possible thank," he said.
When asked how he envisions his book will impact readers, he said he hopes readers will find the historical period,culture, and political  events of Jesus’ time more accessible. "It gets the politics of the time, the history, the culture in play as we digest news today. It shares how they would be engaged and it is not in some distant place but happening as current events. It gives the historical frame work of the players and the culture. Also it brings a lot of humor, history, and trivia to this time,"
As Tracy embarked on writing the book, he focused on the overall message he wanted to convey. "What were the messages and how were they being understood at the time? What made the three year movement explode across the world ultimately?, he said.
In terms of the process of  researching the book, Tracy said he devoted a significant amount of time experimenting with several media formats to best tell the story. "I researched it for years. I applied the formats of media that bring us news and put the tools in play there,"  he said.
To Learn More, Visit: http://making-news.net/default.aspx