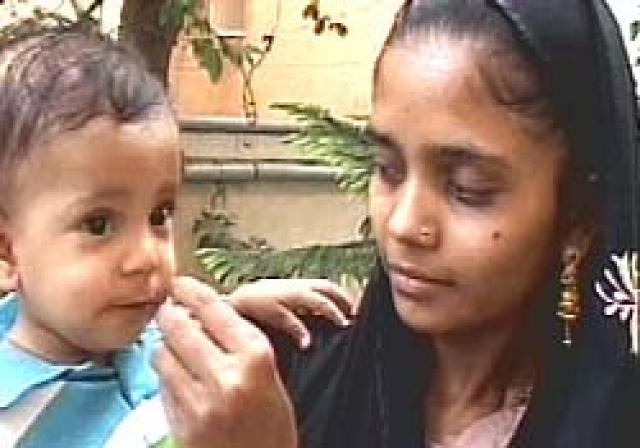 ”I am scared and still fear for my life,” Bilkis Bano

As her persecutors were escorted to the court, painful memories cut backed.  For six years Bilkis Bano lived in trauma and fear. Gang raped, beaten up and left for dead by a mob in Randhirkapur village of Gujarat on March 3, 2002, the event was seen as one of the worst nightmares of the Godhra riots in Gujarat.

A mob of 20 allegedly raped Bilkis Bano who was six months pregnant and eight members of her family along with her three and half year old daughter was murdered.

”They killed my daughter by smashing her on a stone. I was carrying her. Then they caught me and took me away. I kept telling them, ”You are from my own village, save my girl, save my family.” They did not listen. They raped me,”

Citing the infamous Best Bakery Case, as the situation of Gujarat was not conducive for a fair trial in her home state, Bilkis moved the Supreme Court citing a CBI report in support of her contention seeking transfer of the trial of her case outside Gujarat. The trial shifted to Mumbai in 2003 on the Supreme Court’s direction.

After 6 years of fighting a legal battle against the upholders of law, January 21st saw justice coming Bilkis’ way as 11 accused got life term for gang raping her.

Making her first public appearance on a television channel after the judgment Bilkis holding her child and seated next to her husband Yaqoob Patel said””In past 5 years, I hid from one village to the other, but in the end I got justice I wanted”, but she regrets that verdict was not delivered in her home state.

The Bilkis Bano case indicates the slapdash roles of police to cover up the case by helping the accused. Bilkis can never forget how police used salt on the dead bodies to destroy evidence. Speaking to media after the judgment Bilkis said “the eleven life sentences are welcome, but her fight is not yet over. Bilkis asserts that court should never acquit the five policemen, who tampered with the dead bodies of her daughter, mother and brothers. ”I will continue to fight legally to get the policemen punished,” she said. Bilkis also alleged that these were also the policemen who destroyed evidence and refused to offer her security.

But is it the end of her nightmares or just a transitory phase? As the accused prepare to make a plea to a higher court for leniency, the real justice for Bilkis is yet to be seen.