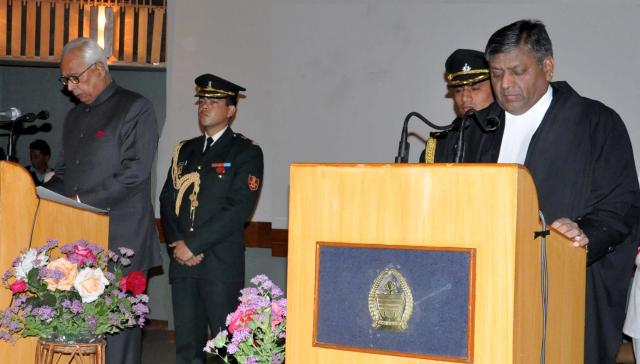 The Warrant and Notification of Appointment of  Justice Mahesh Mittal Kumar, as Chief Justice of the J&K High Court, was read out by the Registrar General of the High Court.

After administering the Oath, the Governor congratulated  Justice Kumar and wished him a very successful tenure as Chief Justice of the State High Court.

The Ceremony began with  Navin K. Choudhary, Principal Secretary to the Governor, seeking the permission of the Governor for the commencement of the function, which had to be relocated at SKICC at the last minute, due to continuing heavy rain almost through the day.