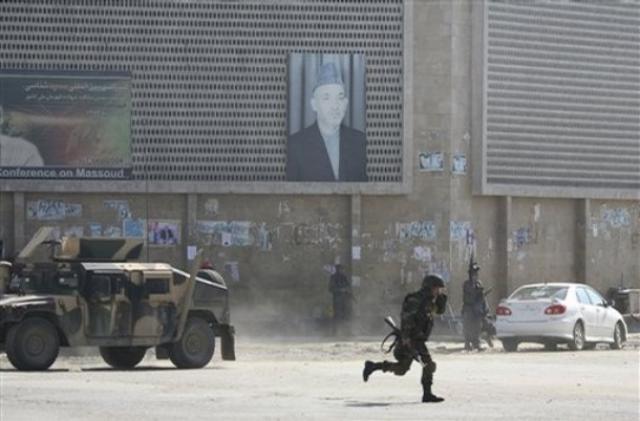 Some 20 Taliban insurgents attacked the Afghan capital from different directions in the morning when some memebrs of Afghan cabinet were being sworn in.

There are reports of heavy gunfight bewteen the Afghan army and Taliban assailants from Kabul, that have attacked the Presidential palace and other sensitive buldings of the city.

The assailants are fully armed and wearing suicide vests that attacked a super market, where 2 of them detonated their suicide vests, on the other hand, the Serene Hotel is on fire and smoke is coming out from some portions of the buliding, according to media reports.

A security source told the media, there were reports of some attack because last week some 6 armoured vehicles from Afghan army were stolen and it is suspected that these vehicles were used in the attack.

A Taliban spokesperson Mulla Zabihullah "mujahid" was speaking to media and claimed the responsibilty of the attack on presidential palace and other government builiding in Kabul.