CHITRAL: Elites from Kalash community under the chair of Mir Bacha Kalah of Birir valley held a protest rally against police station Ayun nepotism and their brutality behavior against the community.  The Kalash women and men including their children  also held a press conference in a local hotel. Addressing a press conference Mir Bacha and other said that they have some land dispute with a rival group at Birir whose one daughter is serving as police constable and his son in Chitral border police (Levies) who use their influence and pressurizing Station House Officer (SHO) Ayun who lodged 3 FIRs against us. But they took no action against them as usually police lodge cross FIR in such cases at Chitral.

They said that Asham Bibi is lady police constable and she using her influence in police department as a result they lodged FIR 3 times and arrested our women, children and men and sent to jail.

They said that although the case is under trial in civil court but even than the rival group harassing us to occupy on the land which is our legal right.

Holding banner in their hand inscribing the message  to chief Justice appealing for justice they protested and hold token rally against Chitral (Ayun) police against their partial activity and taking action against them  on the clue of influential persons. Mir Bacha and his wife said that they also submitted written application before the District Police Officer (DPO) Chitral but no action was taken so far.

They appeal to the Chief Justice Peshawar High Court, Chief Minister Khyber Pahtonkhwa, Inspector General of Police to take action against Ayun police on their nepotism and misusing their power  only to patronize their lady police constable.

They warned if they were not provided justice they will left this country and will migrate to an other country as a protest. 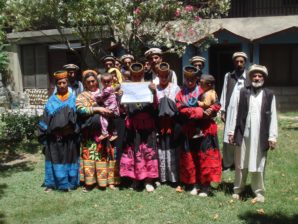 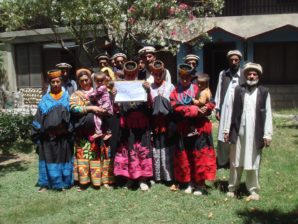 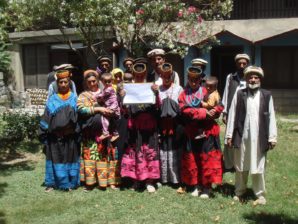 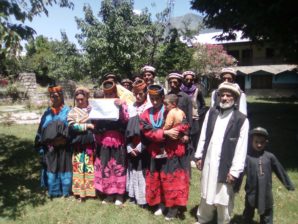 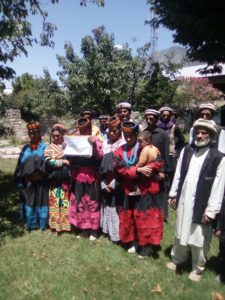 Filed under: Crime, News
Share Tweet Pin G Plus Email
previous article: 6 Ways Businesses Can Save Money and Invest in Expansion
next article: Best Wedding Favors to Choose in your Calebrations