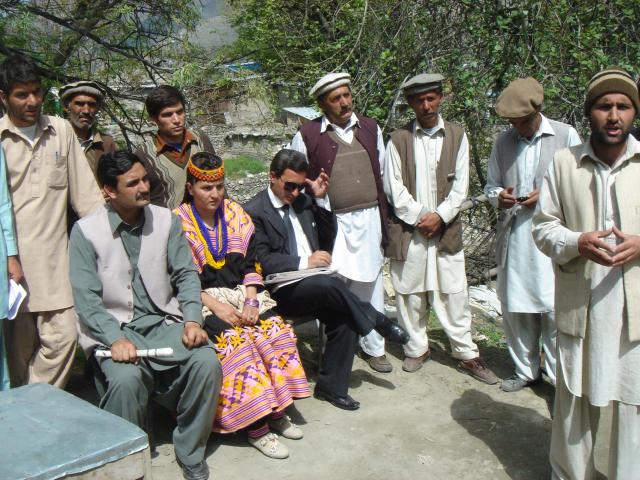 Kalash community warn to boycott from election 2013 if they were not given constitutional right of minority candidate.

By: Gul Hamaad Farooqi
CHITRAL:  Elders of Kalash community from 3 valleys protested and demanded from chief election commission to give them their constitutional rights of their own candidate as per constitution of 1973. Addressing a news conference Wazir Zada, Luk Rehmat, Unat Baig and other said that Kalash is a unique nation in the world and have registered in united nation as indigenous people. They said that according to constitution of 1973 they had their own candidate from schedule cast including  Sikh, Hindu, Farsi, Bhai and Kalash and after electing their candidate any ruling parties approaching them to join them  as a result they get benefit for their community. But in 2001 former president Parvez Musharaf abortion their right and they were left on courteously of other political parties. They said that there is no column of Kalash community in NADRA national identity card form. They said that Government of Pakistan is signatory of UN Resolution of indigenous people and bound to protect rights of minorities but unfortunately we were deprived from our genuine right. They urged on restoration of articles of minorities in 1973 constitution. They announced of boycott from upcoming general election 2013 and said that no Kalash will cast their vote until fulfillment of their genuine demand of giving them right of contesting election on minorities seat.
They warned that if they were not given right of contesting election as minority candidate they will also returned their national identity cards to NADRA.
They said that Shazada Khan Kalash has contested twice in 1993 and 1997 as minority candidate but after that they were deprived from their right by former president Parvez Musharaf. They demanded for restoration of constitution of 1973 by giving them right of contesting election as minority candidate.
Filed under: Politics, World
Share Tweet Pin G Plus Email
previous article: Michigan Mom Writes Book on Spina Bifida to Help Others with Disorder
next article: Film Submission Deadline Extended for New Belgium Brewing’s Traveling Clips Beer & Film Tour