The people of Kalash community  celebrated the festival with high spirits and zeal. The festival marks the reaping of grapes & walnuts harvests.

The people sing songs in the local language and perform traditional dances throughout the two-day festival.

Tourists from across the country flock to the region to celebrate the phool festival. A tourist, who had reached Kalash from Lahore to see the festival, said that he fully enjoyed the activities.

Elderly women wear traditional caps decorated with flowers whereas men and youngsters fully take part in the celebrations. They also put these flowers decorated caps on the head of girls from the age of 7 to 13 years which means to show their maturity .

Former deputy nazim Khursheed said that he was optimistic that more tourists will come to the region to witness the festivities after Prime Minister Nawaz Sharif had announced to repair the roads in Kalash.

He added that dilapidated roads are the biggest problems in the region.

The people from all over Pakistan come to Kalash valley to witness the phool festival. However, tourists are often seen criticizing the roads on which they have to travel.

Tourists from all over the world will get the chance to witness the festivities if the government addresses the problems being faced by the people living in the region. 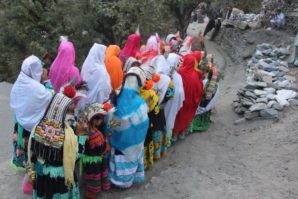 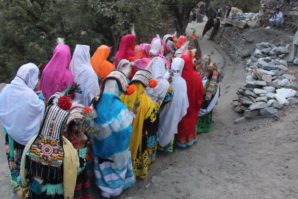 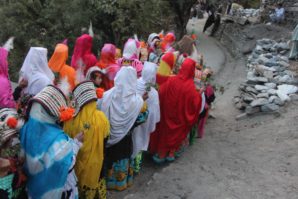