CHITTRAL: Children and women hailing from Kelash tribe of Chitral staged a peaceful  protest demonstration against the government for not reconstructing roads devastated by floods in July last.

The protestors demanded of the government to provide them basic rights and pay due attention to reconstruction of roads and other infrastructure destroyed by floods in 2015.

The children and women registered their protest in a peaceful manner outside their place of worships in Kelash Valley.

A social worker Ms Shahi Gul and local government representative Ms Maleet Gul while leading the protest said that residents of the area have repeatedly requested the government to reconstruct these roads and rebuild the power house but to no avail.

“Neither damaged roads have been repaired nor the electricity system has so far been restored entirely” said Shahi Gul. She added that the damaged and bumpy roads caused blockade of vehicular traffic due to which people of the area are confronted with a difficult situation.

Ms Maleet Gul blamed Deputy  Commissioner Chitral that she submitted applications for repair and reconstruction of their worship place but he took no action as well as  for spending development funds in  upper areas of the district. She said that no reconstruction and rehabilitation work has been done in Kelash area since last year floods hit the district. She demanded that people of Kelash should be equally treated like other citizens of the country.

Meanwhile, officials of irrigation  and communication department of Chitral have declined to comment on the issue. It is worth to mention here that roads, pipeline, irrigation channels, micro hydro power houses, bridges and other infrastructures damaged last year by tremendous flood but no rehabilitation work have been completed until now.

Kalash valleys present a ruined look. People of the area alleged that Govt have approved 230 million for channelization of Bumborat nullah but the contractor not working he carried two excavators which are out of order and working but irrigation department took no action against him.

In case of second flood the valley will be damaged on large scale due to destlitaiion and channelization of flood canal (nullah) . 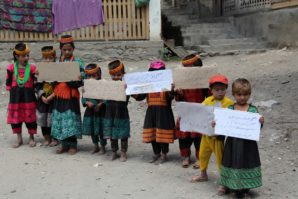 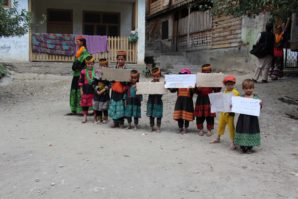 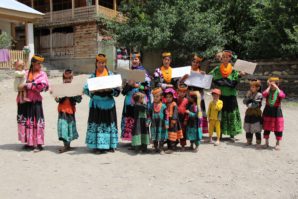 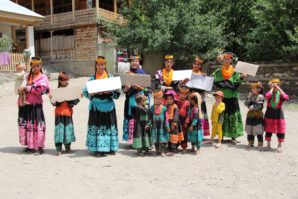 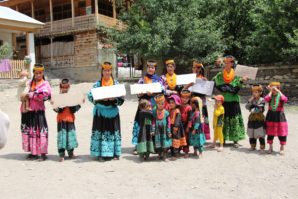 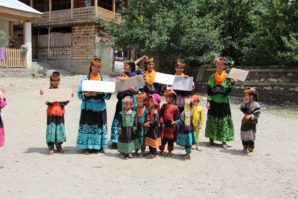