Kali katha via Byepass : The Marwaris of Kolkata

Kalikatha: via Bypass is a strange novel which tries to document the story of the somewhat reviled, somewhat respected Marwari community in Kolkata. This, the author does through the rambling — physical as well as mental — of Kishore Babu, the now retired scion of one of the great Marwari trading families of Kolkata, who is recovering from a bypass operation in a Kolkata nursing home. Apparently as Kishore Babu puts it, the increased blood supply in his brain now that his arteries are unclogged is enabling him to see and perceive things he was hitherto unable to.

Alka Saraogi has captured well the compulsions that made the Marwaris come away from their distant Rajasthan to Kolkata, first, and also to Mumbai. Usually they would come because of famine in their harsh land – Marwar. The generic place of origin of all Marwaris is after all the place of maru (death). Leaving the women behind, the menfolk would come away to the large cities of the British Empire in the single-minded pursuit of money.

Interestingly enough, the book does nothing to sanitize the somewhat unsavory reputation of the community as unscrupulous collaborators and exploiters with the pursuit of wealth being their over-arching goal in life. Even if they indulge in occasional charity there is an implicit quid pro quo that a little bit of charity will predispose the gods a little more favorably and so charity brings a good return on investment.

Of course, the story of the migrating Marwaris is older than the city of Kolkata. Kishore Babu has been told that in the battle of Plassey which brought the British into the country as rulers, Marawai financiers-bankers called jagatseths from the Oswal family were the key movers and shakers. Jagatseth Mehtab Chand, secured for Clive the title of diwan of Bengal, from the still-nominally paramount Mughal throne in Delhi. And, of course, in time, the Marwaris would become one of the strongest collaborators with the British as contractors, builders and become reliable thekedars of the British Raaj. 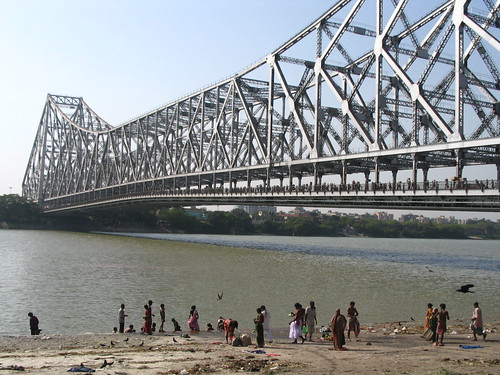 The Marwaris have the unique capability to simultaneously straddle several worlds – and no doubt that is part of their entrepreneurial character. Despite the strong social conservatism and patriarchy – women have little role outside the kitchen – and the andar mahal and yet Kishore Babu could do business with the British and dine with them with little hesitation.

In fact, many of the traders initially started off by being clerks and translators from the East India Company and made their way up by fawning appropriately at their colonial masters. One of the family elder’s closest friends was a police commissioner by the name of Taggart who was known for his particular brand of brutality towards Indians.

There were the exceptions. Kishore Babu ,himself, had friends who were admirers of Subhash Bose and Gandhi and he himself was inclined towards one over the other. He had two particularly close friends with whom he had made a pact that they would meet together on their 75th birthday. Unfortunately, all this was not tolerated by the family elders. How could they permit Kishore to join Gandhiji’s non-cooperation movement and boycott foreign goods and clothes and wear khadi when all their shops sold only Lancashire mill cloth!

Similarly, it was not acceptable to support Subhash Bose who was teaming up with the Japanese to defeat the British army! What blasphemy! What if he won? For the trading community, a prolonged war was a boon. Many had made fortunes by creating artificial shortages, increasing prices and then bagging contracts to supply supposedly scarce commodities at massively marked up prices. All this while a rapidly weakening colonial government intent only on ramping up its military muscle looked the other way at civilian deaths, which according to some estimates touched 3.5 million.

Alka Saraogi’s award-winning novel bridges the idealism of the past and the disillusionment of the present and reflects it through the opportunism and grit of a community determined to survive at all costs. But although the determination and enterprise of the Marwaris is certainly talked about in the book, the author has not left us with a very flattering picture of the community, which is portrayed as selfish, socially conservative to the point of being reactionary and singularly money-minded, practically oblivious to national interests and priorities.