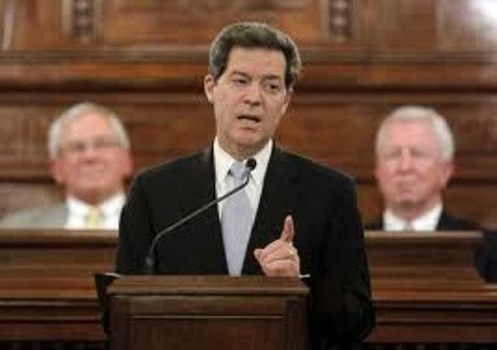 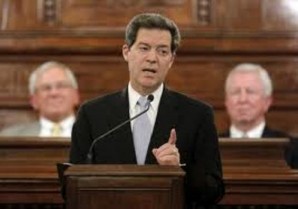 Kansas Governor Brownback flew to see a basketball game at state expense along with some of his cronies and friends.

Back in 2012 we reported on the story about Kansas Governor Sam Brownback and his guests who flew to the NCAA Championship to see the Jayhawks play in the state-owned airplane on so called: “official business”.

Joining the Governor was his wife, Kansas House Speaker Mike O’Neal, U.S. Representative Kevin Yoder, their wives, and other members of the governor’s staff. And guess what – you (meaning the taxpayers of Kansas) paid for it!

The governor’s office stressed he paid for all luxury hotel lodging and other expenses, including fine dining and alcoholic beverages for himself and his friends.

“Why they could fly first class using a commercial plane like everyone else is a bit of a mystery.

I don’t agree that using taxpayer dollar to subsidize a sport obsession is something I (as a taxpayer) should have to pay for at a time when education and social service programs for the poorest Kansas are being cut”, says Phil Vickers of Wichita, Kansas.

“It doesn’t pass the smell test”, says Don Williamson of Charlotte, N.C. “In fact it stinks.”

Nobody in the state of Kansas will really investigate this matter any further. Brownback is very powerful and almost everyone in Kansas is a basketball fan.

Governor Brownback is not the first Kansas governor abuse his position and take the state plane to an NCAA game. Former Governor Kathleen Sebelius attended games as well.

Politicians routinely think they can get away with that because they say it is official “state business”. It is really having fun using taxpayer money to subsidize your trip, but no business deal or business meetings were held during the game, as far as we can tell.

Is this Governors Brownback idea of holding back spending? Especially in those area that are not essential roles in government (see: Brownback Vows To Trim Kan. Budget http://www.youtube.com/watch?v=860QU56FCQI&feature=fvsr ).

It is our contention that Kansas Governor should reimburse the cost of the plane.

“It shows a sense of entitlement that says the state should pay for my fun and enjoyment. Look no business meeting were held in connection with this trip. The right thing for the Governor to do is reimburse the state of Kansa the full amount of the cost of the plane travel, which only includes the gas, it doesn’t include the pilot who also had to be paid and his stay in a hotel as well”, says Cary Goodson of Topeka, Ks who is upset about this, because her mother was laid off by the state of Kansas as a cost cutting measure back in January.

Governor Brownback office did not return calls asking for comment on this or whether or not he would reimburse the state of Kansas for this so called “business trip” or provide detailed information about what official business he conducted at the game to otherwise justify the expense to the state.

Some are calling for an investigation into this matter even still, but their requests have all been denied.

Brownback is still Governor of Kansas by the way.