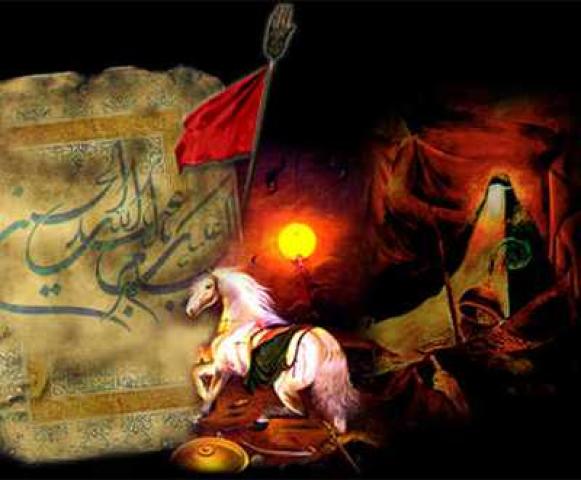 We sweat for truth and try to find it in whole world and words but interestingly never try to find it in our own selves. God created us and equipped us with the secrets of worlds which went into back ground due to materialistic approach towards the world we were sent in. Indeed we don’t have to find God; God dwells within us, within hearts of his subjects. What we have to do is to rediscover him. Prophet Muhammad (PBUH) has beautifully taught us the way to God. He said

God or Allah or El or Baghwan or whatever you call him (All beautiful names are his) is not creator and Lord of some exclusive race, religion or creed.  God is God of All, those who live in finite and of those who belong to infinite.  You only need pure intension and pure love to know him and to find him.

Actions are dependent on intensions.

Although I was born in a Muslim family but I don’t call myself a Muslim as  I don’t think I deserve to call myself one. I love God and Prophet (PBUH) but maybe I have not reached a place where my actions are according to wishes of my lord. I am a weak person and I reckon it, I am consistently in war with my self .

)I am Neither Moses nor Pharaoh

Bulla I don’t know who I am)

I believe that one cannot become a good Muslim unless he becomes good human. As prophet (PBUH) said

Best amongst you is one beneficial to other

My faith is that as Allah blesses all, never differentiating between Hindu, Muslim, Christian or Jew etc, A Muslim is one who is beneficial to all because he is slave of Allah. As prophet (PBUH) said

A Muslim is mirror of Al Rehman

As I have said before I try to be a Muslim but still not at the point where I could call myself one. During this Ramadan I starved myself for 29 days and Fasted only once. To fast is not to leave eating and drinking for specific period. Fasting means passing the Roza  or Fast as Allah want us to Pass. Most of us think that Roza or fasting is only stop eating and drinking from Fajar prayer (morning Prayer to Maghrib Prayer (Prayer after sun set), its all Misconception. God don’t want to save  food which he gave us or see us suffer. The real aim of Roza or fasting is to learn and feel about those who are poor and to control our anger and bad temper and practice charity and compassion for thirty or twenty nine days so that you are trained for rest of the year.

As I said and admitted , in this Ramadan I only observed one Roza and in rest 29 days things were as it is as they are throughout year only with difference that I stopped eating and drinking from Fajar till Maghrib. God blessed me as I tried to be pure in my intension of pleasing my lord and at the end of day I understood the philosophy of Karbala and understood why Grandson of Prophet (PBUH), prince of Paradise, Imam Hussain ibne Ali (AS) took his family and friends to Karbala to sacrifice them all and that to when long before Karbala prophet told his Sahaba what will happen to his grandson Imam Hussain (AS). I also understood the reason why God sent Prophets.

It will be interesting to you all that I spent nearly 9 years trying to understand Karbala. I used to shut myself up whenever questions were raised in my mind. As many say that Karbala was a battle between two sub tribes of Quresh or two princes and in the end one prevailed, in Back of my mind it was the real case.

After the Iftar at my office on the day of my Only Roza of this Ramadan, I was sitting with my friends and a youngster from creative department and was discussing why the prophets were sent to us ?   when our Christian colleague who works in our English channel came to us and joined us in our discussion.  Major® David said that

“All prophets came for one main thing, Which was Justice in Society and it was talk of justice which irritated the elite who in turn became their enemies”

“A state can run and prosper of the basis of Kuffer but no state can survive on the bases of Zulm (Injustice).

Someone asked what is meaning of Zulm

I understood why Prophets guided by Allah had enemies. I understood that God sent his prophets and messengers to teach his creations that Justice is what he likes. Allah want his people to be just in all fields whether it’s in faith, society or business.

God is God weather we reckon him or not. His greatness doesn’t depend on what we believe. His messengers taught us about him because it was unjust that we don’t know our creator. Any student of history knows that great civilizations which ruled the world fell only when injustice prevailed in their societies.

“It’s interesting to note that nearly all prophets challenged the social hierarchy and rule of elite where these elite played gods of their era, for example Prophet Muhammad challenged the elite of Arabia. He destroyed elitist system. In his company Bilal , a Black slave from ethopia was better then Abo Lehab the famous wealthy chief of Quresh who was famous for his gracefull and handsome personality and  who Happened to be Uncle of Prophet. It was not that Quresh or Arabia was against the Namaz, Roza, Hajj or Charity. They were insecure and were afraid of Concept that in eyes of Lord best person was one who was compassionate and full of piety. they were afraid that if Islam prevails their privileges will end. Same was the thought process of all those who resisted Christ, Moses and other prophets”

Imam e Pak, Hussain Ibn Ali (AS) went Karbala   to protest against injustice with Ummah and  fought against Yazeedi forces  who had made whole Ummah its hostage and were  breaking all the moral rules under the banner Islam.

Hussain never asked for becoming Caliph as he was beyond such worldly things. He was grandson of Prophet and had Prophetic mission to complete. He knew that odds were against him but knew that if he backs out the Ummah for eternity will become slave of tyrants and dictators.

Karbala was not war between two sub tribes of Quresh or between two princes. It was fight between Good and Evil. At one side there was an evil unjust Yazeed and his thousands of soldier and on other there was Hussain Ibn e Ali with 74 family members and friends.

Karbala taught us that if you are on just side take a stand for it and sacrifice even if you have to sacrifice all you have. And if you pass the test of Karbala Allah Almighty will make your name respected and alive for eternity.

Karbala also taught us about those who are who belong to evil (Yazeed), and those who were Hypocrites and those who are on path of Prophets. Today those amongst us who call themselves Shia’s of Hussain or Followers of Hussain but help spread injustice or are part of injustice are jokers. Hussainiat is all about sacrifice for justice. A rebellion against satanic elitist system. Karbala is a peak of war between justice and injustice.  Karbala is name of fact that truth will prevail no matter how big and powerful the tyrant is.