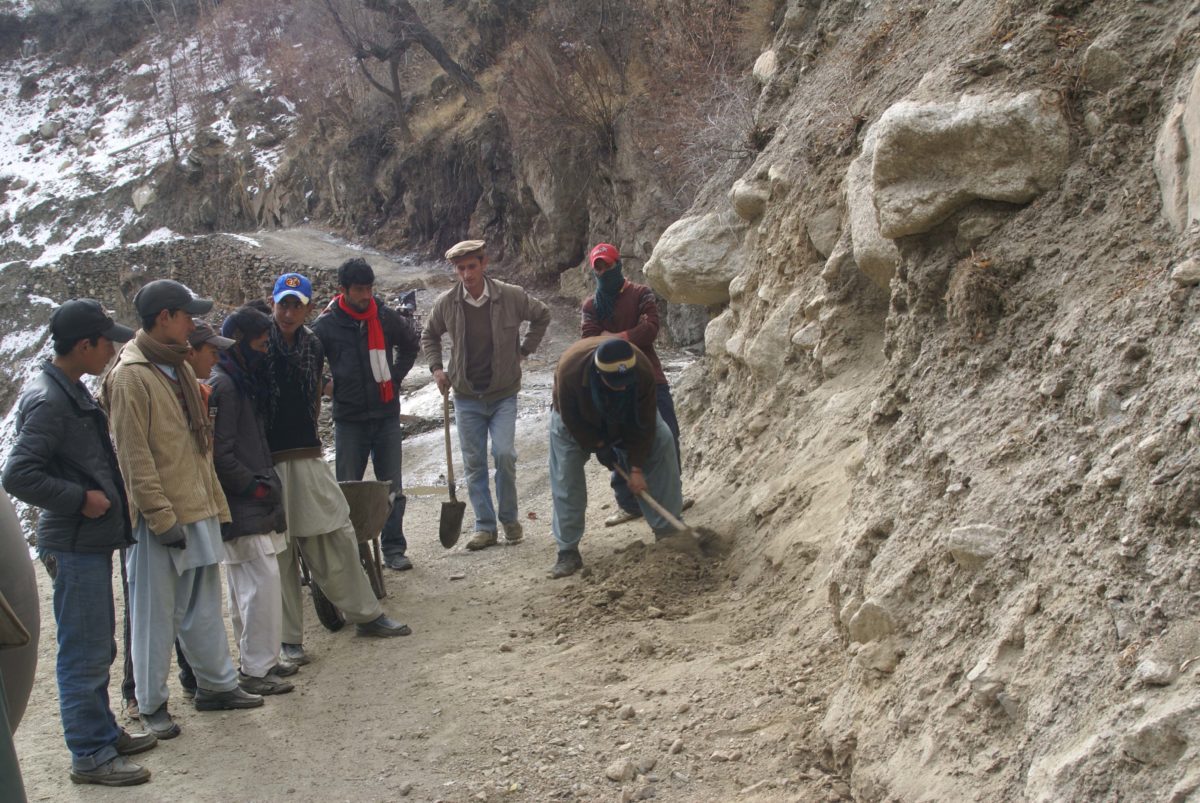 Road maintained on self help basis at Karimabad.

CHITRAL: Residents of Karimabad and Sosom valley registered  a new record in history of Chitral  when hundreds of people came out on road with their pawl and other machineries for repairing of karimabad road. Earlier that a protest public meeting had held at polo ground of Sosom and people of two valley Sosom and Karimabad had warned the government for contraction of  road and Hassanabad bridge.

Local people repaired Hasanabad Bridge on self help basis and once again they came on roads for maintenance and necessary repair of the road. An aged woman told this scribe that her house is situated beneath the road and road passing on some height on her house which collapsed 3 times causing for damaging her house. She said that being a poor lady she faced great problems during reconstruction of her residential house. But she was not supported by government or district administration.

Muhammad Ali principal of a public school at Breshgram said that we approached our parliamentarians to motivate them for  handing  over this road to communication and works department but they still not start work on this road and people of the area badly frustrated. They started campaign of repairing of the road on self help basis.

Former district Naib Nazim and leader of Sosom valley Sultan Shah   said that we tried of our best to hand over this road to C&W but they paid no attention on our plea.

Residents of the area demanded from provincial government for handing over Karimabad and Sosom valleys road to C&W and to release fund for its construction immediately. They said that the road passing through so many mountainous serious having blind turns and it is very dangerous to travel on this road during snowfall.

Filed under: Civil Disobedience, News
Share Tweet Pin G Plus Email
previous article: How to partner with the Department of Homeland Security “See Something, Say Something” campaign
next article: Sat CM, Gurezi DCM