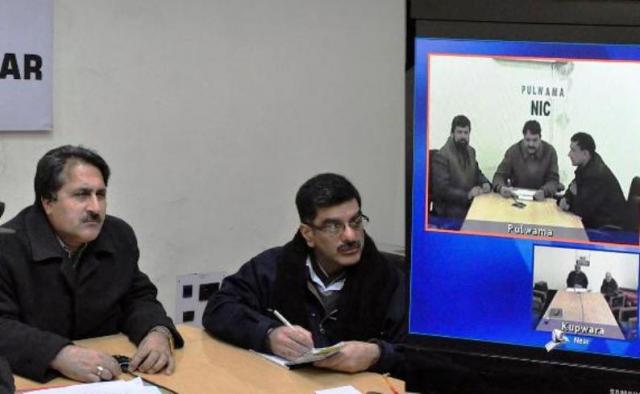 It was informed that Railways has taken up the matter with Commissioner Railway Safety (CRS), Ministry of Civil Aviation, Govt. of India for allowing Sopore Railway Station to be used temporarily as a halt station, instead of a permanent station till permanent restoration of the signals. It is expected that the permission from CRS will be accorded in a fortnight and thereafter the Railway Services to Sopore can be resumed. It was also informed that 17,380 kanals of land has been acquired in 148 villages for 16 Railway Stations and track and 777 kanals under approach roads out of which mutation has been completed for 10,000 kanals. The mutation for balance land shall be completed within a period of one month. It was also informed that out of 843 cases Railways has issued appointment orders for 418 persons and 93 cases are under process.  A demand was made to Div Com that Railways should consider appointment cases of grand-children also in respect of the persons whose more than 75 land has been acquired for Railways as the property is usually in the name of the head of the family.

Divisional Commissioner also reviewed the functioning of Brick kilns in the Valley and it was informed that out of 385 Brick kilns almost 100 are unauthorised. Div Com gave instructions for immediate closure of these unauthorised Brick kilns in accordance with the J&K Brick Kilns (Regulation) Act 2010, as they cause environmental disorder. The Act has been loaded on the website www.kashmirdivision.nic.in and draft rules are under preparation. The same will be loaded on the same web site and suggestion sought from the general public. The Government has authorised Deputy Commissioners as Licencing authority under the Act and also to fix the rates of Bricks in their territorial jurisdiction. Div Com has been made the appellate authority under the Act in case anyone is aggrieved of the decisions taken by the Deputy Commissioner.