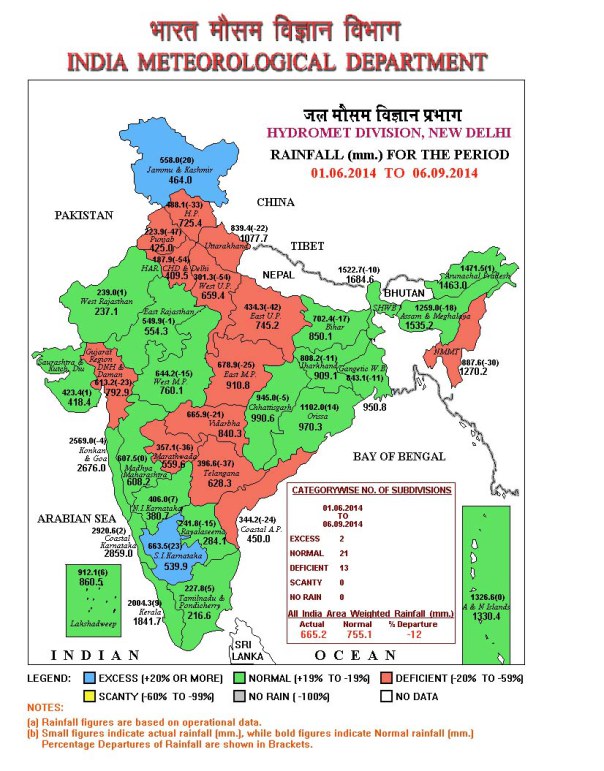 I request to government Please don’t say it is an unpredicted, unforeseen natural disaster.

Never Unforeseen: Have you not seen Uttarakhand Disaster, Nigeria Flooding and many more in recent ten years in Asia continent?

Never Unpredicted: Boss! Just go to rainfall map of  India Meteorology Department of September 6, 2014 State received more than 558.0 mm(progressive), It is not enough to predict the possibility of flood. Were you waiting for the breakdown?

A Question to Mr. Omar Abdullah:

Mr. Omar Abdullah should tell the affected people not as a Chief Minister but a head of Jammu and Kashmir State Disaster Management Authority.  Is this authority is proactive? Did it come up with state disaster management plan despite scores of reminders from the central body ‘NDMA’. Where were you ? Why did you not learn from Andhra Pradesh, Odisha, Assam and Gujarat disaster plan?  Why do you forget you are the CM of J&K of highly active seismic zones IV and V? You must tell that this problem is more of drainage system and less of a flood.

Special Thanks to Indian Army:

I would like to thank to Indian Army who are doing a massive rescue operation. Army chief General Dalbir Singh Suhag said troops will continue to carry out relief operations in flood-affected Jammu and Kashmir till the last man is brought to safety.

Special Thanks to Prime Minister:

Prime Minister, Mr. Narendra Modi declares Jammu Kashmir as “national level disaster” and announced Rs 1,000 crore as special assistance for rehabilitation while sharing the pain and anguish of the people of the state. He also offered assistance to Pakistan for flood relief.

Filed under: News, Opinion
Share Tweet Pin G Plus Email
previous article: 4talk review for Mac (OS X)
next article: Panun Kashmir appeals to all not to indulge in any blame game