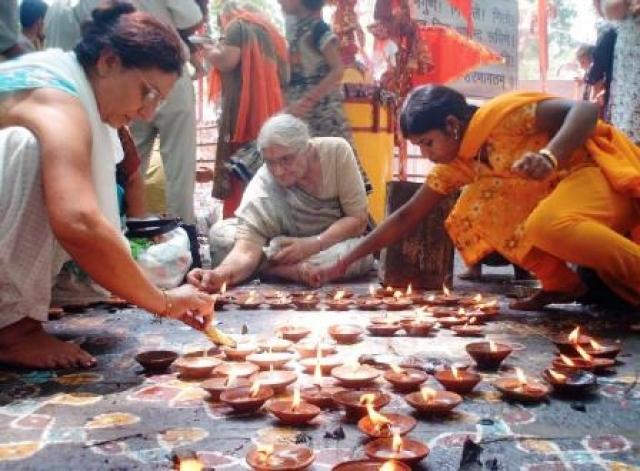 Jammu, March 02 (Scoop News) -: Leaders of various Hindu organizations on Friday said that it was the pressure of land mafia in Kashmir that prevented the successive governments from  tabling the Kashmiri Hindu Shrines and Religious Places (Management and Regulation Bill).
In a joint press conference, leaders of various organizations said that the damaged number of temples across the valley was much higher than  the admission of the government during the Assembly proceedings  recently. They claimed that There are more than 550 temples in including the shrines, religious inns and holy springs and out of which more than four hundred have been damaged and

encroached, they said and added that the allied  properties like cremation grounds, shishu samadian, were transformed into agriculture land.

Leaders said that the five thousand years old heritage of Kashmiri Pandits was at verge of extinction and Government does nothing in this regard and added that his organization was going to organize seminars throughout the country and even abroad to press the demand.They further said that Government has contradicted its own statements as  during last Assembly session in summer 2009, Government in reaction to a question of Chaman Lal Gupta said that only 103 temples were damaged  but during the recent session at Jammu, it stated that 170 temples were  damaged which automatically means that the vandalization of temples  continued. The number increased by 67 within the period of some months, leaders said.

They said that this not only explodes the myth of the normalcy in Kashmir but also the hallow claims of the government of taking migrants back adding while according to government figures 103 temples were damaged during last two decades but around 67 temples were damaged within last few months which speaks volumes about the seriousness of the government towards Kashmiri migrants.
Leaders said either government was telling lies or it must accept that vandalisation of temples has reached to its peak during the last few months.

They demanded a white paper on the issue of encroachments, damages of temples and the land of the migrants in valley during last two
decades. He also demanded a thorough probe into the matter so that the guilty whosoever he may be is punished for the crime towards humanity.