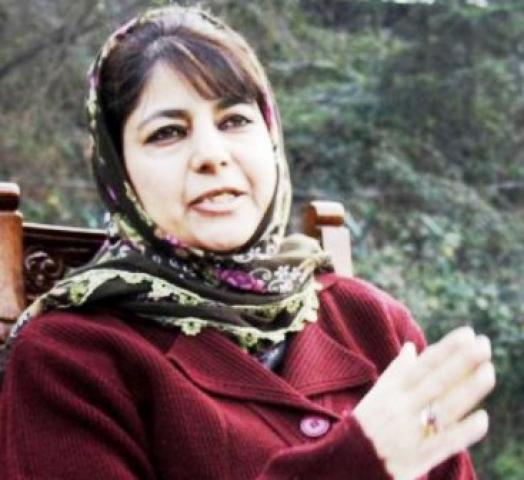 New Delhi/Srinagar, February 14 (Scoop News) – Peoples Democratic Party president Mehbooba Mufti has said it was time for Government of India to move beyond management mindset in to initiate actual resolution process that could close the chapter of pain, suffering and uncertainty in the state.

Addressing an Indo Pak intra Kashmir conference in she said the issue had been discussed enough in different forums to know after sixty three years of turmoil how to resolve the festering problem. Any more discussions that do not focus actual resolution is prone to be seen only as a delaying tactics by the people of the state who have suffered physical and psychological pain, economic deprivation and political disempowerment. “What more do we want to tell the world or educate ourselves about through these conferences even as our people continue to suffer denial of rights”, Mehbooba wondered.

In a statement Mehbooba said she had nothing more to tell on beyond what everybody knew. But Government of India had to make real movement towards resolution and side by side with that have official repression stopped that had created an unprecedented situation of desperation in especially among the youth.

She said the youth and their parents have never before found themselves so helpless before state power as they do presently and this situation has to change to create an atmosphere conducive to a peaceful resolution.

Referring to various aspects of resolution, Mehbooba said times have changed since the partition of the country and so have the perceptions about political sovereignty. It is possible to accommodate the political and economic aspirations of a people without actually fiddling with political boundaries; she said and pointed out that this message has to be acknowledged by all parties to Kashmir dispute including . “We can address Kashmir issue by restoring to the state its premier position as a gateway to central and South Asia, reviving its cultural and trading ties with regions around, unifying the erstwhile state through travel, trade, joint infrastructure projects and a joint council to manage these subjects” she said. This could retrieve the state out of the feeling of siege that was inflicted on it in the wake of partition that snapped our traditional ties and routes resulting in restriction on our growth.

Responding to the concerns expressed by a Pakistani delegate over river waters, Mehbooba said while we in the state appreciated the needs of both countries but there was a total lack of understanding displayed by them of our problems and concerns. She said water was to J&K what oil was to Arabs but the state had been left high and dry. All regions suffered darkness and extremities of weather, blazing summers in and freezing winters in and Ladakh while our water and power was utilized outside J&K. Water she said is our main resource that with its enormous potential could turn the economy of state around creating jobs and amenities.

Mehbooba said J&K could be taken up as the starting point for implementation of SAARC vision that envisaged free trade and travel across borders. With its strategic position it could become an epicentre of peace and a growth revolution in entire South and central Asia, if the leadership of our country shows the required statesmanship, courage and boldness which will have to be complemented by .

She said it was however a prerequisite for any serious resolution move to look at as a human problem. Doors of prisons and police stations will have to be thrown open, political detainees and youth released, civil liberties restored and great Indian democracy should show its real character to Kashmir and not just try bullying a decent, self respecting population through military might. “Strong arm tactics have failed in the past and have no scope in the future as well” she cautioned.