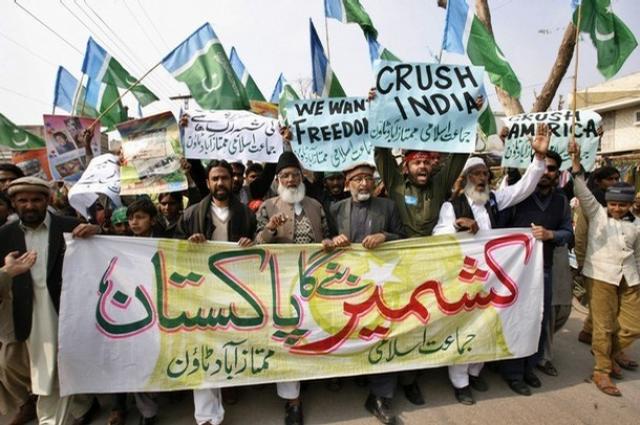 Islamabad, Pakistan: The 5th of February is officially observed as the Kashmir solidarity day not only in Pakistan but also in most countries of the world.

Therefore the rallies are being taken out in the different cities and towns of Pakistan where the participants urged the United Nations to take into notice the atrocities committed against the innocent Kashmiris in Indian held Kashmir by the India troops.

They pledged the support to the freedom movement and the Kashmiris on the other side of the border.

A religious party in Pakistan, Jamat-e-Islami, took out the main rally in Islamabad where the leader of the party, Qazi Hussain Ahmed, addressed the rally and said that the day is not very far when the Sun of freedom would rise over the mountains of Kashmir.

The dark chapter of the Indian cruelties would close very soon that was opened some six decades back.

Let me mention here that India has put some 7,00,000 troops in Kashmir where they are engaged in serious human rights violations.