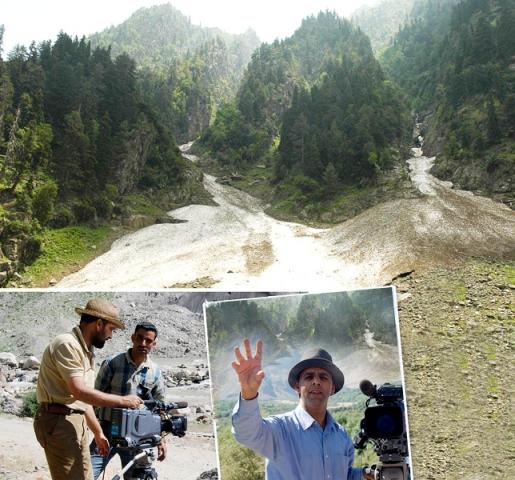 The film shares the award of Rs 1,00,000 with EMMRC Kolkatta  film “Sound and Images”. 127 entries, from all over , were received for the competitions, which were screened by Jury at from 8th to 14th December, 2010, reads the notification issued by the organizers. The EMMRC Srinagar film “Global Warming” and EMMRC Kolkatta film “Sound and Images” were jointly declared as the best educational programmes of the year.

Produced and Directed by Dr. Shahid Rasool and Mr. Shafqat Habib, the film deals with the impact of Global Warming in and the challenges ahead. The film, shot at various places in the valley including Zanskar and  Kolai Glacier, traces the visible features of the global warming and shows with graphic details how the global warming is effecting our climate and environment and thereby effecting our lively hood.

Vice chancellor Kashmir University Prof Riyaz Punjabi while congratulating the department termed it as a great achievement for the young and talented media Professionals of our university. “This award makes it clear once again that we have creative young minds in our university who can rise to the occasion in the changing global  competitive  context and make a difference ”added VC

“The idea was to create awareness and educate people about Global Warming which till recently was considered a western concept.  We are satisfied the film was well received by people and generated debate about this important issue whenever it was screened during the last year. It is gratifying to know that it has been awarded the best educational film of the year award. This award is the recognition of the hard work and excellent teamwork at our centre. This is an honour for all of us at EMMRC and the University”, said Dr. Shahid Rasool.

It may be noted that EMMRC, UOK has produced over 500 ETV films during the last two decades including 7 National Award Winning films. The centre is now also engaged in E-Content development in multimedia format.