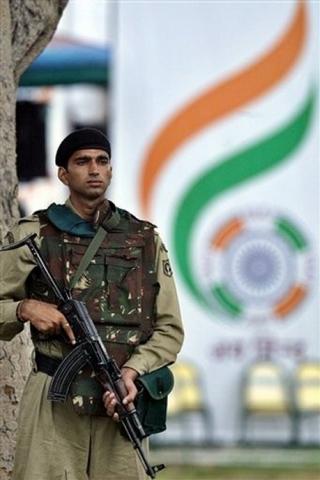 The CRPF (Central Reserve Police Force) authorities and Jawans (soldiers) have been under inconsiderate firing from all corners in for the violence broke out in Sopore and other parts of . The Indian media are competing to highlight the brutalities of CRPF in the valley. However, no one is yet ready to dig out the real facts behind the entire violence in Sopore. In the guise of human rights protection movement, strong anti-India feelings are thinning out in the valley. Unfortunately, the Kashmir youth are also being a part of the anti-national movement of terrorists. Since June 11, eleven civilians have lost their lives in violence.

What happened in ? How the violence broke out? For that, we have to recapitulate a demonstration took place on June 11 in . On this day, a group of separatists organized an anti-India demonstration in . The separatists were shouting anti-India slogans also. In order to curb the anti-national protest, CRPF and police had to act. Unfortunately, a 17- year old student Tufail Matoo died after hit by a teargas shell by the police.

After this, the terrorist outfits had conspired to exploit this tragedy against the security forces deployed in the valley. This resulted in the death of another 20-year-old youth Bilal Ahmed allegedly by the CRPF on last Sunday. Both these killings are unintentional. However, the terror outfits came to action there and practiced their old tactic, the protesters turned the funeral procession of those boys into a big protest against the security forces.

The situation had worsened and the police enforced curfew in Sopore, Baramulla, Anantnag and 7 police stations areas of Srinagar.11 civilians had lost their lives also.It is evident that the separatists have been using this kind of incidents to regain lost space in Kashmir and to vilify the image of the security forces there. Unfortunately, the separatists are using the youth of Kashmir as a tool against . However, nobody noticed or condemned the anti-India actions in this violence.

It is evident that anti-national elements were behind the violence especially Lashkar-e-Taiba and Jamaat-ud Dawa. Lashkar has been very active in Sopore. In addition, two Lashkar terrorists also killed in an encounter with security forces on June 25, 2010 in Sopore.

After reviewing the situation in Kashmir, P Chidambaram, Home minister, , also shared this view. He said that, anti-India forces are behind the violence and those anti-national elements have tough links with the Lashkar-e-Taiba.

In addition, we have to notice the timeline of current violence also. After a long period, tourism in was in a path to regain its ancient pride before some weeks. The number of tourists to visit the valley had increased day by day and the valley back to normal life. A peaceful Kashmir is insufferable to Kashmir terrorists; they want to see breaking headlines in the media, Kashmir on boil, CRPF brutality in Kashmir going on…so that they can tarnish the image of India and justify their demand for a separate Kashmir or Pakistan Kashmir. Therefore, the media have to think why they blame security forces who are guarding the nation without considering their personal deeds.

Dipin Damodharan is an Indian Journalist (sub editor with Jeevan TV) and a well-known columnist for various English media. He can be contacted at dipinbharath@gmail.com