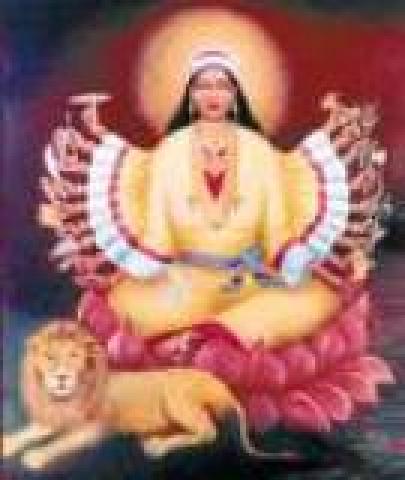 , October 24 (Scoop News) – Kashmira Vahini, women wing of Panun Kashmir is organizing “All India Women’s Conference” to be held in the month of December.

The executive meeting of Kashmira Vahini, was held today and was presided over by its patron Kirti Kalla. The meeting took stock of the preparations for holding “All India Women’s Conference”.Different committees for the successful conduct of the program were formed and assignment was given to them.

Sunita Santoshi its general secretary said in the meeting that “All India Women’s conference of Kashmiri Pandit Women will be first of its kind. KP women across the globe from different field’s i.e writers, poets, doctors, bankers, engineers as well as the housewives etc will participate in this conference.

Kashmira Vahini also expressed satisfaction and hailed the way Panun Kashmir delegation headed by Dr. Agnishekhar made a forceful presentation of geo-political aspirations of over seven lakh KPs for establishment of a Separate homeland in form of a union territory for exiled Kashmiri Pandit community in .

Kashmira Vahini also appealed to its members and KP women in general to participate in the 335th Kripa Ram “Prayaan Divas” to be held in club on 26th of this month. The monumental contribution of Sh. Kripa Ram Dutt who on this day i.e 26 october 1675, led a delegation of 500 KPs to Anandpur Sahib in order to seek help of the ninth Sikh Guru Sh. Tegh Bahadur to save the KP community from the genocide and persecution of infamous mughal ruler Aurungzeb.

Sudhesha Koul said that the accession of J&K state with union of India is full & final and attempts to distort this fact by the secessionist elements and the polity of the state is evident from the statement of CM of J&K on the floor of the house and the endorsement of his stand by the Foreign Minister as well as the Union Home Minister is misplaced and unfortunate.

Filed under: Politics, World
Share Tweet Pin G Plus Email
previous article: J&K CM gives call for economic independence by self-reliant means
next article: APHC describes the visit of the interlocutors to the Kashmir as a futile exercise