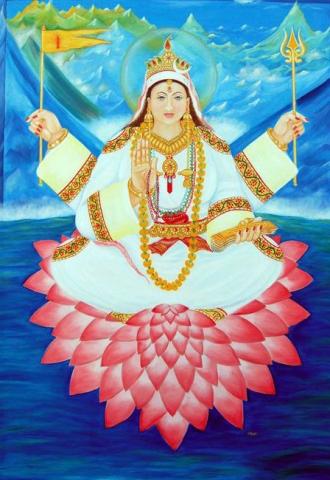 Jammu, March 15 (Scoop News) -Kashmira Vahini, women wing of Panun Kashmir, today expressed its grave concern over the recent statement of Minister of state for power Vikar Rasool in the state assembly regarding government’s decision to stop power supply to the inmates of Jagti tenements if they fail to pay the bill arrears worth Rs 6.91 cr reportedly pending against them.

Kashmira Vahini in a meeting at TRT Nagrota, chaired by its newly appointed organizing secretary Sushma Rishi,members strongly condemned the continued policy of discrimination and neglect exhibited by the authorities that be towards the hapless displaced Kashmiri Pandits .

Speaking on the occasion Sushma Rishi said while state govt runs deficit of nearly Rs 2400 cr  in power sector which would be compensated by asking adequate funds from the central government the poor inmates of Jagti tenements are ironically threatened to face miseries for no faults of theirs. It’s brazen on part of the government not to link their monthly meager cash relief with unprecedented price and inflation index and just adding Rs 400 hundred per person per month to the existing rate of Rs 1200 per person per month.

Gayatri Hashia lamented over the inflicted hardships of the entitled relief holder families to make both ends meet. she questioned the conscience of the  concerned authorities  who ask an ill paid   relief holder family to pay the power bill instead it should be paid by the relief organization as it does not claim the power bills from other camp inmates in jammu or it should immediately announce the much demanded cash enhancement to the relief holders to the tune of Rs 20.000 per family per month.

Dr Kshama Kaul,the national spokesperson of KV,while taking stock of the ongoing preparations  regarding the forth coming  Navreh celebrations in , warned government against  clandestinely renaming the traditional  religio-cultural places like Hari Parbat, Shankaracharya hillock as Koh-i-Maran and Suleman teng besides the historic as Shahar-e-khas . This tentamounts to  effacing the traces of thousands of years old Kashmiri culture under a pre-meditated conspiracy. She stressed the need to resist the nefarious designs of cultural genocide at the hands of forces inimical to the reli-geo cultural co-existence in kashmir.