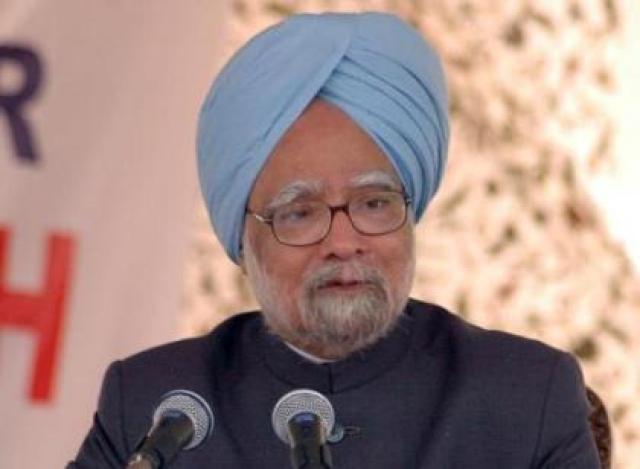 New Delhi/Jammu, August 11 (Scoop News) – Roots in Kashmir, a global frontline organization of displaced Kashmiri Pandits today criticized the Prime Minister’s statement on the emerging situation in the valley of the J&K state. “The approach of the Prime Minister is naïve to say the least” said the groups’ coordinator Sanjay Peshin.

“To offer an employment package as an alternative to a political solution shows how little the powers understand about the complexity of the issue” Sanjay Peshin added.

The statement further said , “time and again Syed Ali Shah Geelani and all other separatists have been clear and unambiguous that it is not for development or for jobs that the Kashmiri Muslims are fighting, yet strangely the Prime Minister has assigned the ex-RBI Governor the job of reintegration of Kashmiris to the “mainstream if Indian Polity”. It is like fitting a scare peg into a round hole.”

The need of the hour is to strengthen the democratic and secular forces in the state of , and Ladakh. But, the Prime Minister choose to play the soft ball by assuaging the feeling of a small section of Kashmiri Muslims (read stone pelting mobs and rabble rousers) and completely ignoring the larger peace loving populace of the state. It would be fatal and naïve to believe that all other sections of society could simply be ignored in order to placate the small separatist stream of thought who are instigating young and impressionable people to indulge in wanton acts of rioting, arson and likewise.

While it is nobody’s point to use this disproportionate force against the stone pelters or the rioters, yet the state should take a leaf out of ’s handling of Palestinian mobs.

On the question of Autonomy, any devolution of powers in the form of Autonomy or self-rule would be playing into the hands of communalists and separatists. The minorities would feel completely unsafe and insecure if such a step is taken and the Government of India should prepare itself for far bigger exoduses than the one of Kashmiri Pandits in 1990. The government should take on board the Buddhists, Shias, Gujjars, Dogras, Pandits, Sikhs and not just the separatists. In case the quiet dialogue doesn’t address the issues of Kashmiri Pandits then the whole process will lay waste as we have seen in the past.

The statement also said, unless article 370 is removed and free flow of Indian Constitution is allowed in the state, the feeling of alienation among the Kashmiri Muslim youth is only going to grow. If Indian enterprises are allowed to set shop in there would be no need of a C. Rangarajan Committee at all because there would be abundance of jobs and opportunities in the beleaguered state.

It seems Prime Minister has also fallen to the inunctions of the so called intellectuals of the country and has therefore once again offered wrong recipes, for a sure disaster.

Reacting sharply to Prime Minister’s statement regarding Autonomy, dilution of AFSPA and recognizing only Muslim sphere of interest in the Valley, Panun Kashmir in its political affairs committee in chaired by Dr. Agnishekhar deplores the succumbing of P.M to the demand of Muslim Polity of Kashmir.

Agnisheker said such statements of Prime.Minister will ultimately pave the way for the balkanization of the country ignoring the nationalist forces of state, people of , Ladakh and Kashmiri Pandits in particular who are the worst sufferers of Pan-Islamic terrorism, genocide, religious-apartheid and exclusions in J&K state.

He said that the present policies of the central government that is blunders, vacillations and appeasement will facilitate the disintegration of the nation and apparently it seems that they have at last buckled under the pressure of separatists and anti-national forces.

Under a sinister design, separatists and anti-national forces are brazenly allowed to carry out their anti-India campaign in , Pune, and now in and also under the garb of Freedom of speech.