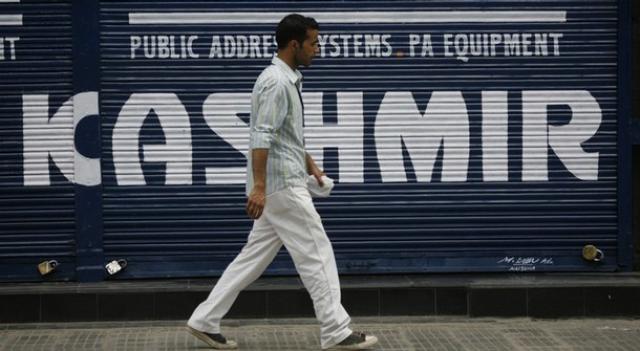 Finally as it was expected, Kashmiri traders have snapped trade ties with their Jammu counterparts in retaliation to the ‘economic blockade’ during the Amarnath agitation.
According to the trade organisations in Kashmir the decision to snap ties with Jammu was largely driven by ‘economic blockade’ of the Valley and ‘insistence of people here to severe links with Jammu even if meant getting goods and products at expensive rates’.
Kashmir Chamber of Commerce and Industry (KCCI) President Mubeen Shah said , "How can we think of maintaining trade ties with the traders of Jammu when they were part of recent economic blockade in the sense that they never tried to use their influence to stop it?"
He alleged traders in Jammu did not oppose the blockade and contrasted this with trade organisations in Kashmir. "We are also part of the coordination committee, yet one of our constituents, Kashmir Houseboat Owners Association organised a free ‘langar’ for the Amarnath yatris.
Kashmiri drivers and passengers were attacked during the agitation, he alleged. Shah said, the "wounds inflicted by the blockade" will take a lot of time to heal. Should the face-off continue, it would mean a loss of around Rs 30,000 crore of annual business, traders said.
The KCCI president said Kashmiri businessmen would seek to make the valley the hub of consumption and trade, as it was prior to militancy.
The KCCI and Kashmir Traders and Manufacturers Federation recently refused to meet a delegation of traders from Jammu headed by Jammu Chambers of Commerce and Industry president Ram Sahai and Anil Suri of the Federation of Industries Jammu.

Filed under: Business, World
Share Tweet Pin G Plus Email
previous article: Internet: Earning more with Shvoong
next article: I Walked In The Shoes Of An Ex-Con