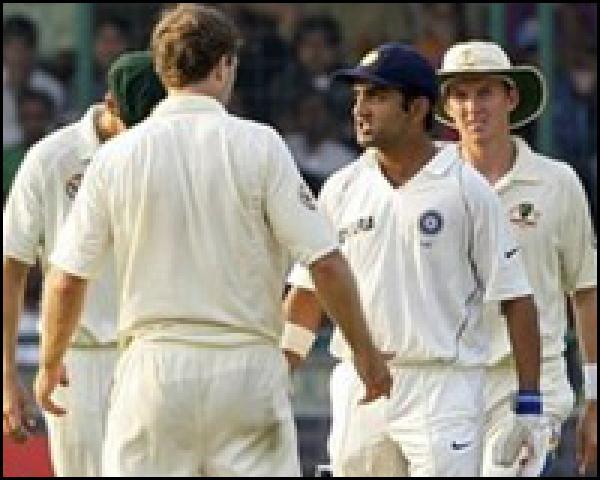 "I turned around to see where the ball had gone, and (when I) looked up Gambhir was basically into me," said Katich.

"Next thing you know the ball was coming back at the stumps so, having looked at the footage, I don’t think I have done anything wrong. It’s not like I have pushed him out of the way. My hands were up in the air and I just happened to be in his way. If anything, I probably saved (VVS) Laxman from being run out." he continued.

"If they had run I think he would have been run out. He’s not the quickest bloke. Words were said, I didn’t like it and that’s what ticked me off. That’s why there was a bit of confrontation," said Katich.

"I don’t regret getting in a contest out there. I know ‘Punter’ probably wasn’t happy with it all, which is fair enough because obviously captains come under scrutiny for all that, and I appreciate that, but it is one of those things that happens," said the Australia opener.

"It was all done and dusted pretty quickly. I think I was one of the first blokes to congratulate him on his 200, and at the end of the day I don’t think there was any damage done. It wasn’t like we had a physical altercation." he finished

Filed under: Opinion, Sports
Share Tweet Pin G Plus Email
previous article: Obama urged to learn from Bush ‘mistakes’
next article: Ganguly is happy to go. We will all miss you DADA.