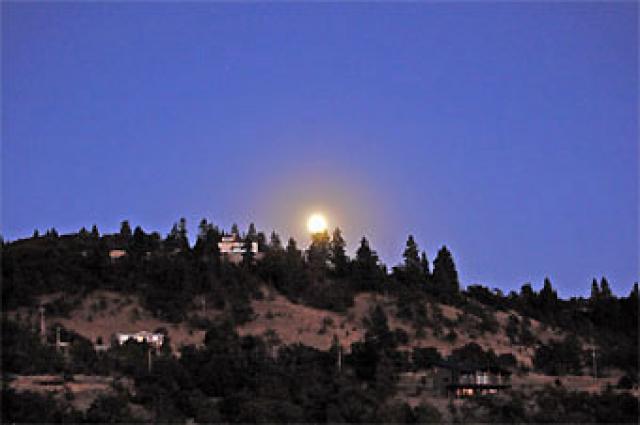 If you’ve driven I-84, you’ve been next to the Columbia for 180 miles or more.  If you’ve driven along the river from the mouth at the Pacific Ocean, which is considerably farther, you’ve seen the river’s many changing faces.  The Columbia originates in Canada, then flows though Washington State and becomes the Oregon, Washington border about twenty miles east and north of McNary Dam near Umatilla, Oregon, where it begins to run parallel with I-84.  That’s where I’ll begin relating my experiences, as seen from a kayak.

My odyssey began with a hike and then a bicycle ride before getting into the kayak.  The entire journey spanned four months and this is only a thumbnail sketch of the Columbia River part of that trip.  Near Umatilla, Or. the bike and tarmac were traded for kayak and Columbia River below McNary Dam.

The two man sea kayak, packed for the long trip, hardly had room for me.  My gear was packed in water resistant sea bags but it wasn’t long before everything was wet, or at least damp.  With so much gear onboard, the kayak was heavy, paddled hard, unresponsive, sat low in the water, which means more water over the deck and, to add to the adventure, I’d never kayaked before.  Cycling is mostly a lower body workout and kayaking is mostly upper body.  The transition made for sore muscles and difficulty sleeping at night.

The first night I shared an island with nesting migratory birds.  Most of the birds had already raised their young, so Mom, Pop and the kids had headed north.  The few that were left were due to take flight in the next few days.  A lot of birds use the island and it wasn’t the nicest smelling place, so I camped next to the water to avoid as much of what what they’d left as I could, but I was lucky.  A sign pounded into the sand said it was illegal to go on the island during certain dates.  If I’d been a few days earlier, I would’ve had to paddle on in the dark to find another campsite.

The next day, I was on the eastern end of the gorge and thought the winds were blowing hard.  A day after, when actually in the gorge, I realized they hadn’t been much more than a breeze.  It’s like living in the desert.  Anywhere else it would be windy but in the desert, and on the Columbia, unless your dog is rolling across the yard, its said to be breezy.

During the 180 miles to Portland, mostly into gale force winds of the Columbia River Gorge, life was dawn to dusk paddling, being soaked with spray, eating what I had onboard, purifying my water and sleeping wherever I could.  I found if I gave myself small goals, it was easier than thinking about the entire daily distance.   I’d tell myself I’d take a rest after reaching the next tree, the end of an island or a specific mileage marker.  Above Portland, I kept track of progress by the mileage markers on I-84.

The banks are lined with large crushed rock, not something that’s kind to kayaks, other boats, bare feet or falling down.  There are numerous tops of small islands that used to be large islands or points of land connected to shore before the dams.  The small islands that used to dot the Columbia, before the dams, are now nothing more than high points on a fisherman’s fathometer graph.  If I stayed close to the bank or an island’s leeward shore, they made good wind breaks and I could look for potential places to spend the night.

Most of the way to Portland was a slog into heavy winds.  If I quit paddling, my progress was backwards, in the direction from where I’d come.  There were many times when I contemplated quitting early, but knew the next day’s paddle would be that much longer.  One sixteen hour day produced eight hours of headway.  One night was spent on a mud flat, accompanied by an old tire someone had tossed over the bank.  Another night was on an island with, laid back, rattlesnakes.  I assume they were, I stepped within inches of one multiple times during trips back and forth to my kayak.   I discovered the rattler when I dropped some gear.  When I bent over to pick it up, I was eye to eye with the rattler.  The snake was coiled, but chose to just stare at me from its hole in the bank.  Lucky again, help was a long paddle and walk away.

Wherever night found me I had to be aware.  If a dam upriver released a lot of water…I needed to be high enough up not to be swept away.  If the dam, which could be many miles upstream, lowered the flow, it took hours to unpack, haul everything, including the kayak, to the new shoreline and repack.  That’s what I was doing when I almost stepped on the rattlesnake.