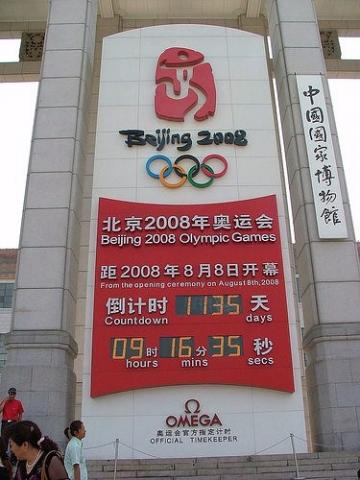 On the eve of the Beijing Olympiad, the Kazakhstani bloggers discuss what chances their country has to performs decently in summer sports.

The composition of Russian olympic team is public for a long time already, including in the Internet. But it is still not knownwho will go there from Kazakhstan! I searched for this information, but in vain. The website of the National Olympic Cimmittee is totally quiet. How shall I believe in the bright future of the Kazakhstani sports now? If people don’t know who goes from your country, it is hard to expect mass public support.

says grunge-amir [rus]. Later on, a scarce information came up – 132 Kazakh sportsmen representing 22 sports will defend the country’s honor in Beijing. Officials declared a very ambitious goal of winning 10-11 medals. Meanwhile, even in the conditions of such information blochade, bloggers try to make forecasts and don’t lose patriotic feelings:

Most part of the delegationis a ballast, those playing in team sports, in which Kazakhstan is pretty weak. Handball and volleyball can be discounted — that’s 26 persons out. The exotics like table-tennis and kayak-paddling can be disregarded as well. We don’t have obvious candidates for the gold medals, except for Ilya Ilyin, a weight-lifter. Several silver and bronze medals can be derived from boxers, wrestlers, rhythmic gymnastics and judo. So, the result will be, most likely, the same as in previous time, the 40th place. Although I’d be glad to be mistaken.

writes epolet and adds: “The Chinese will outrun everybody in any case!” [rus].