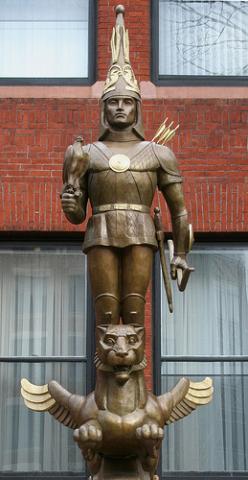 Kazakhstani political field may only seem still and silent against the background of a one-party parliament and a long-ruling president. But in its depth it is very lively – passions and intrigues are brewing both within the state apparatus and in the opposition’s camp. The competition between groupings is not transparent for public and, certainly, not too democratic. Most likely, despite the country’s looming OSCE chairmanship in 2010, this kind of political system will remain until then and long after:

“OSCE officials can forget about all Kazakhstan’s promises concerning democratization. All promises, in exchange of which we obtained your votes for our chairmanship. For those of you having problems with understanding, the Kazakhstan’s president plainly explained in his interview with Reuters: “We were elected as full-fledged member of the Organization, and we have no commitments whatsoever”, writes Arseny of neweurasia.

However, it was hardly a secret for most Kazakhstanis that their government will mock the OSCE and avoid reforms. That’s why, the main political issue on the agenda was reshuffling of the two major cities’ mayors. It was antedated by the Olympic Torch Relay in Almaty, the former capital, the largest city and the region’s business hub. Almaty was the first city on the torch’s global race, anf the ceremony was organized very good by the Almaty administration, providing “a big deal of attraction for practically all Almatians”, reports Adam.

Anyway, president Nazarbayev, who was the first to run with the torch, left the city very pleased and next day appointed Almaty mayor Tasmagambetov to head administration of Astana, the capital city, which will be massively celebrating the 10th anniversary this year. The City Day happily coincides with the birthday of President Nazarbayev, who calls himself “the main architect of Astana” after he ruled to move the capital from Almaty.

The blogosphere, whose major part is localized in Almaty has blown up with sentiments. The Almaty community on LiveJournal featured dozens of comments, full of regret, as Imangali Tasmagambetov has built up a strong positive image by renovation of roads and construction of road junctions, new ambitious projects in architecture and rehabilitation of city development programs aimed to clean the rivers, fix electricity supply problems and tidy up the yards:

“Imangali, we’ll be missing you”, says dass. “I only started to rejoice at the city, and the mayor has gone”, ehot is upset too [ru]. The main concern of the city residents is that all progressive initiatives may be curtailed under the new mayor – former minister of rural economy Ahmetjan Yesimov, a representative of the so-called “older guard” and, as rumored, nephew of president Nazarbayev:

“Taking into account a complete disaster in the country’s rural economy, I am very scared about the destiny of our city”, pulemetchizza shares her concers [ru].

Meanwhile, many bloggers see reshuffling as a promotion for Tasmagambetov. Kolobok from the zakon.kz forum says: “Apparently, Imangali will be our next president”. Indeed, according to public opinion polls, ex-mayor of Almaty is believed to be the second most influential politician in the country – second only to the president. Megakhuimyak points out the following fact:

“It is interesting how he started his work in Astana. First of all he ordered to conduct — in 48 hours — a public opinion poll to collect the city dwellers’ thoughts and suggestions about the town and its needs. This is a politician’s behavior, not one of an official” [ru].

Interestingly, another occurence preceded the reshuffling. Fiscal police arrested the CEO of Kazakhstan Railways state-owned company for alleged bribery. Observers doubt that a man of rich experience and a former minister of economy could be caught with ridiculous 100,000 dollars in cash near his house. Sarimov generalizes: “All reshufflings (former mayor of Astana became head of the Railways) were ery quick and looked orchestrated in advance, so the railways chief’s case looks as a perfect frame-up” [ru].

In another post sarimov opines on perspectives of the “controlled opposition”:

“The presidential administration is currently spinning two parties, both are puppet and progovernmental. Their leaders are aggressively shown on a television, publicized in the official press. I know this kitchen – they wouldn’t print a word about them without order from above. It looks like they want to erect a new opposition, while the old opposition must demise and be forgotten… The quaestion is whether it is going to work out” [ru].