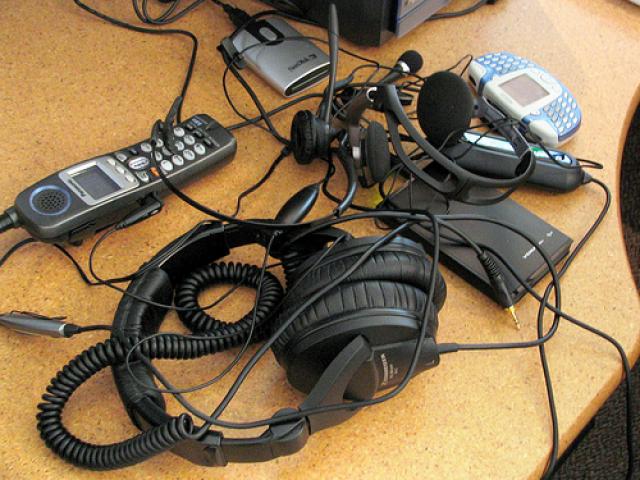 Posted by Denis Cummings to findingDulcinea

Cell-phone bans have drivers buying hands-free headsets so they can keep on talking in their cars, but hands-free phone conversations might not be any safer.

Psychologists have argued for years that a hands-free approach isn’t the answer when it comes to cell phones and driving, Salon reports. New scientific experiments are backing up those claims.

"It’s because your mind isn’t the road," said University of Utah psychologist David Strayer, whose research has found driving while talking on a cell phone is as dangerous as driving drunk.

Experiments conducted at Carnegie Mellon’s Center for Cognitive Brain Imaging showed that 40 percent of a driver’s attention is drawn away from the road whether he or she is using a hands-free device or not.

Furthermore, drivers can’t simply ignore the voice on the other end of the phone line when they need to pay more attention to driving. "It’s insidious," said psychologist Marcel Just. "If you’re in a tough driving situation, and someone talks to you, the processing of the language is going to start right away, whether you like it or not."

States restricting cell phone use while driving aren’t outlawing talking on phones altogether, however. California and Washington recently joined New York, New Jersey, Connecticut and Washington, D.C., in banning hand-held cell phone use for all drivers. Other states have bans for specific drivers, such as teenagers and school bus drivers, or bans on text messaging.

All states allow for the use of headsets or other hands-free devices. California electronics stores reported a large jump in sales of hands-free cell phone devices leading up to the ban.

Filed under: Lifestyle
Share Tweet Pin G Plus Email
previous article: Who Is to Blame for the Inefficient Terror Watch List?
next article: Is the A-11 Really Football’s Offense of the Future?