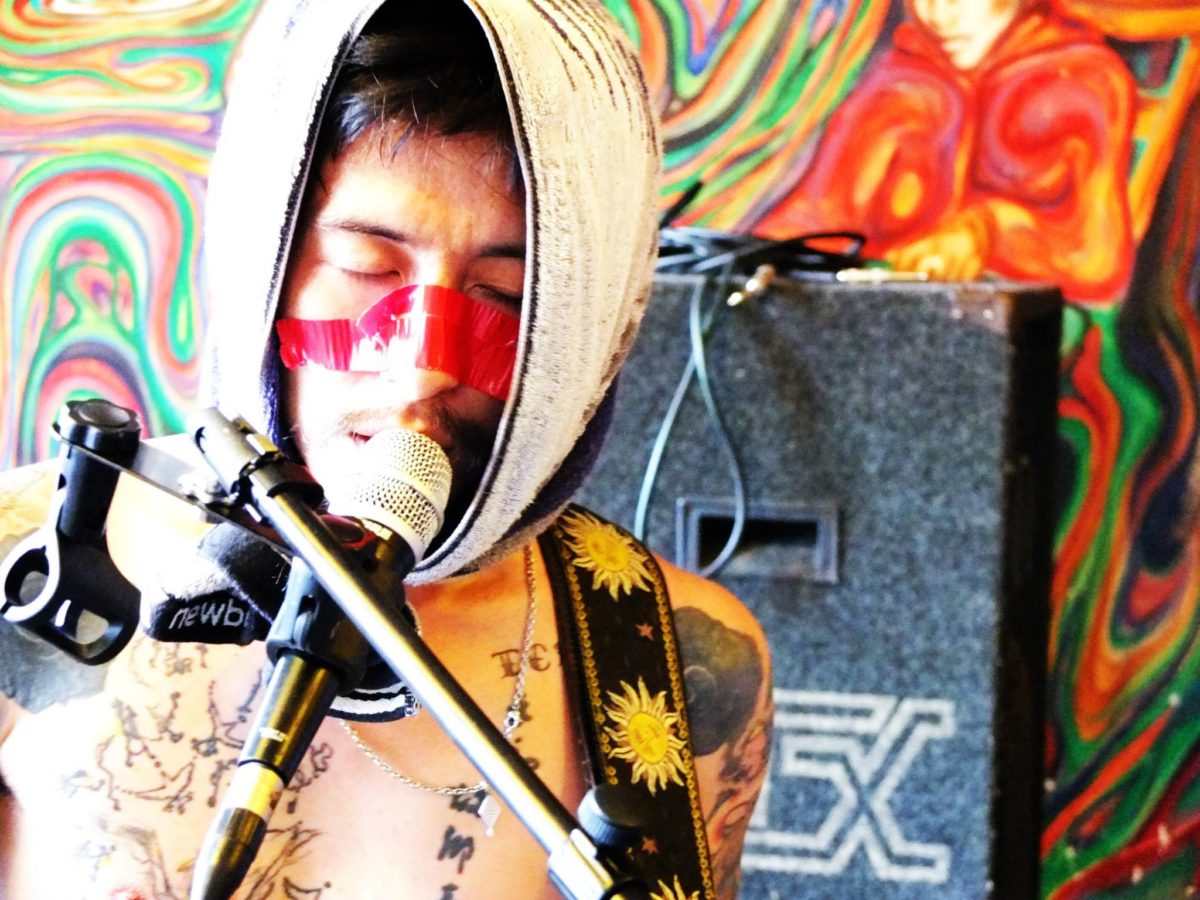 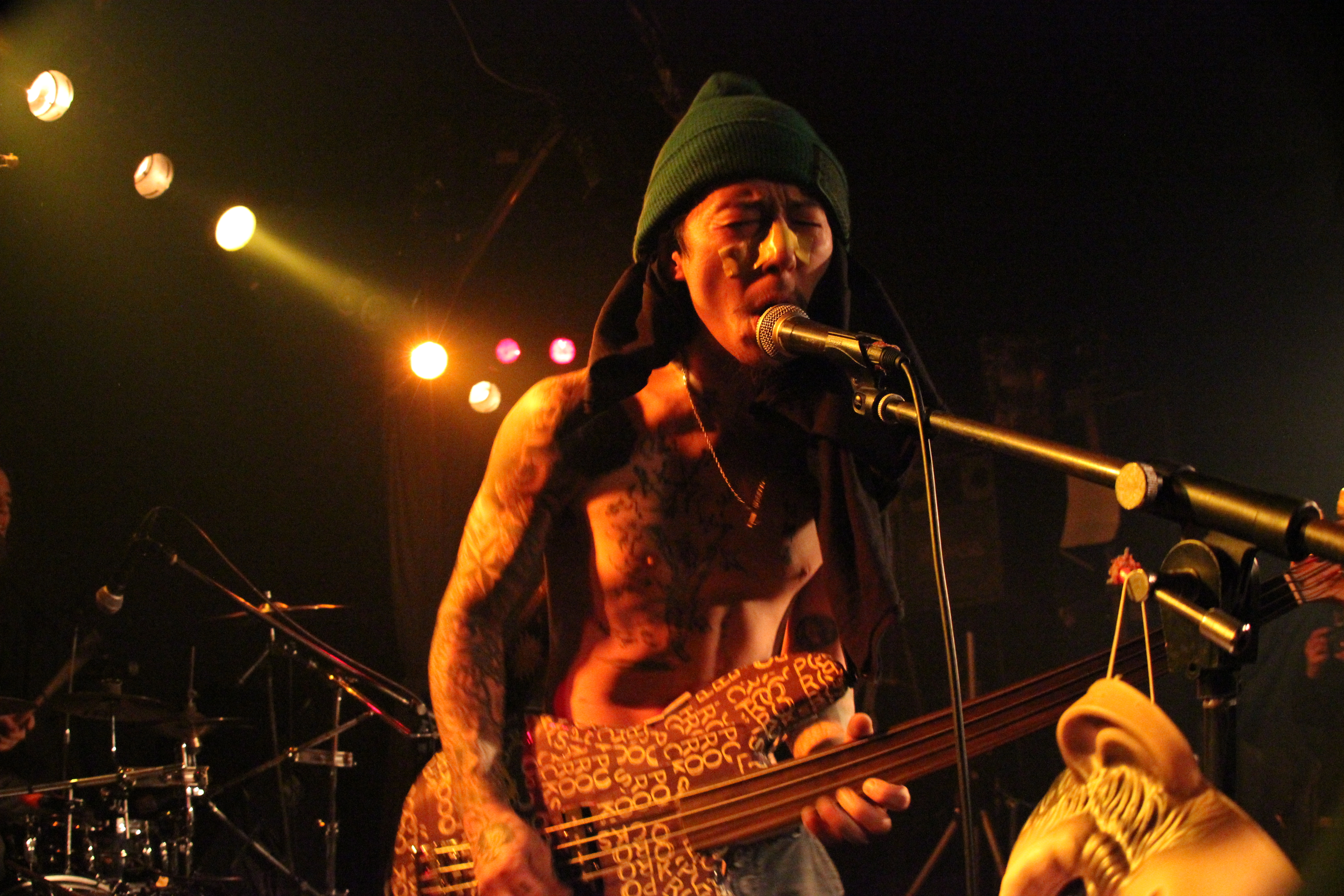 Kenji Usui is attempting to steal something. He wants to steal James Browne’s title as the hardest working man in show business. It may sound comical until you hear about Usui’s life and the Herculean way in which he approaches music. Kenji is a cornerstone of the Japanese Indie (or DIY) music scene. He is an active musician who is known as a highly respected and original artist involved in such bands as An Atomic Whirl, POPOROCKS, SPOON, ALLIES AND ACES, to name but a few. As a true artist and member of the music community, Usui has become increasingly known as a champion for the artists and bands who don’t subscribe to the mainstream music formula; the same musicians who are not supported and given the opportunity to be exposed to the public because they are not “mass marketable.” As an artist himself, Kenji has committed to helping other artists getting the chance to express themselves in his native Japan. The mixing of music from different cultures is especially interesting and gratifying to Usui who has become known as Japan’s unofficial ambassador of music. In addition to his own current band An Atomic Whirl, this multi-instrumentalist provides a way for touring bands from other parts of the world to bring their message and abilities to Japan…simply because he believes in the path of the artist. This is not a money making venture for Kenji, rather it is the life’s passion of one who recognizes the struggle of other artists to be heard.

The US has had a DIY music scene for decades now. For every “star” that is quickly discovered and propelled into the limelight, there are easily a hundred bands that start in the garage, slowly work up to playing at a party and then clubs and, if lucky…get a chance to gain exposure on a tour. Often these tours involve passenger vans and “couch surfing” but this is agreeable to the artists who are driven by their desire to sacrifice comfort for expression. The Japanese musicians and most notably Kenji Usui has been inspired by this template in America. Kenji professes, “I am very inspired by the DIY music culture in the USA. I think it leads to a music culture that is very free and creative. Japan has a very creative music culture, but I think we can learn a lot from the DIY culture of the USA. In Tokyo, it’s quite difficult. There are so many bands here, and it’s very expensive, so it’s hard to make much money, especially for bands that aren’t ‘pop’ bands.” Kenji’s career playing with many different bands in clubs and as a respected and established artist performing at major music events such as the Tsuruginamai Festival, gave him a complete overview of the workings of his homeland’s music scene which was completely unknown to foreign bands. With a combination of empathy and belief in the cultural music exchange, Usui began offering his services free of charge to non-Japanese artists to entice them to come to Japan and communicate artistic ideas. One such band was the Denton, Texas group Heavy Baby Sea Slugs (HBSS). Kenji explains, “Marc from HBSS originally contacted Brian, the drummer in An Atomic Whirl, about booking shows in Tokyo. I began helping them to book some dates they were having trouble with, and after talking to them I agreed to drive them around the island and basically serve as a booking manager and tour manager. My experience working with HBSS was amazing. They were great people and I was inspired every day by their attitudes, their performances, their outlooks, and their love of Japanese culture and music. We have become very close friends, and we are now planning to tour together in the USA and hopefully in Japan and Taiwan in the near future.” Denton, TX. is no sleepy town with an average DIY band scene. As the home of the internationally famous University of North Texas music department, Denton has been an incubator of artists who are both highly skilled and original. HBSS’s definitely has influences of Sludge which has become increasingly popular in both US and European clubs and festivals. Marc Kozminski 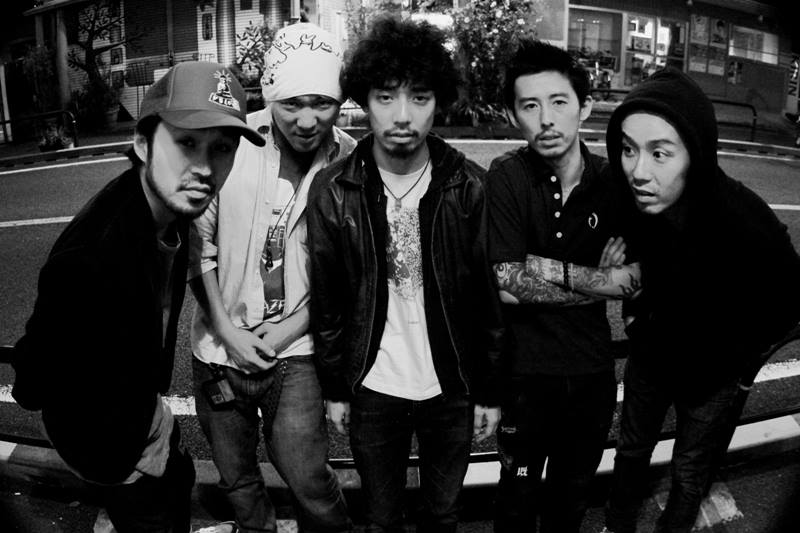 (Vocalist/Guitarist of Heavy Baby Sea Slugs/Founder of Heavy Baby Records) gives insight into Kenji’s approach stating, “As my group’s cultural liaison, Japan tour manager, and inexhaustible concierge, Kenji introduced us to a wholly Japanese ‘way of life’ that exists behind the transactional interactions usually reserved for tourists and foreigners. With his guidance and professional amiability, we were able to see Tokyo and Japan through his eyes, and with utmost grace and assurance he introduced us Westerners to the underground music and arts culture. It helps to think of his numerous contributions and boundless energy in the context of how I personally would approach a similar situation… Would I, myself, help to book and plan a two-week tour for a band from across the world without hearing their music first? Kenji would, and did. All he asked is that we promise to show up because other groups that he had helped similarly in the past couldn’t even do that. Would I go out of my way to rent the van and other gear necessary to make the cross-country drive as smooth as possible? Kenji did, and he alone drove the twenty-plus total hours that we were on the road. Would I go out of my way every day to ensure that guests in my country were as comfortable, entertained, and secure as possible? Kenji did, freely giving us food, drinks, laughs, context, or a story when we needed it, even if we didn’t know it. Would I show a group of ten complete strangers the utmost respect and compassion I could muster for two weeks straight? Kenji did, and I look forward to repaying the favor many times over. Would I do it all over again, with Kenji in complete control and with a confidence not normally assured when traveling across the world and so far from home? In a heartbeat. Stronger than any of the professional courtesies that Kenji extended to me and my travel companions were his gifts of remarkable hospitality, inclusiveness, and encouragement. Overall It was a strange adventure in an alien culture and we returned home with neither bragging rights nor delusions of grandeur. We simply returned as better human beings.”

Kenji Usui has positioned himself as the conduit by which bands like HBSS, Heartless Folk (East Bay, CA. based punk quartet), and other bands are welcomed to bring their music to Japan. If Bill Graham (legendary rock concert promoter) were an intense musician and Japanese man living in current days, he would be Kenji Usui. Consider the fact that Graham single-handedly took on the promotion of the great bands of the 60’s (and later bands) creating the modern form of band promotion and touring. If not for him, many of the bands that inspired the youth during this turbulent time in America may have never been heard. While advertisement agencies and politicians publicize the idea of bringing the world together, Usui has implemented an actual tactile way of doing this and singlehandedly implemented it. Imagine it, it’s easy if you try.