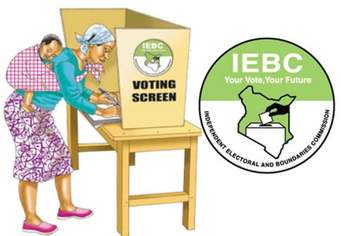 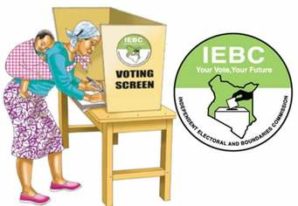 Individuals, Politicians and organizations have criticized the Independent the Electoral and Boundaries Commission (IEBC) on its credibility to carry out a free and fair general election in 2017.

IEBC itself have stated that inadequate funding remains a big challenge to its ability to perform its mandate where the National Treasury has provided only Kshs 500 million out of the budget of KSh2billion.

For instance, the opposition has dismissed the capability of the commission to hold a fair election and calling on its disbandment. Some in the ruling coalition have said they will win the election by using every means possible including rigging the elections.

In press conference, the Opposition leader Raila Odinga said that plans to rig the 2017 elections by Jubilee were under way but warned that the Opposition will not allow an unfair electoral process.

He called for reconstruction of IEBC saying it has a serious legitimacy deficit, stating that the country cannot and must not risk another election that does not enjoy the confidence of all parties.

When addressing the Kisii and Nyamira counties leaders in Uasin Gishu County, Deputy President William Ruto said the 2017 General Election will be free, fair and peaceful added people perpetuating the allegations of rigging were engaging in propaganda informed by fear of losing elections.

He said the government has schemed to starve IEBC funds for voter registration adding that Jubilee support bases have achieved registration targets.

He said over 800,000 people from western region had not been registered because IEBC has adequate funds for the exercise.

The Director of Public Prosecutions Keriako Tobiko ordered the CID to immediately investigate Mombasa politician Suleiman Shahbal who suggested that Jubilee will rig the 2017 general election.

In a letter copied to the Independent Electoral and Boundaries Commission Chairman Issack Hassan, DPP directed the Inspector General of Police to interrogate Shahbal and conduct speedy investigations into the utterances made during DP William Ruto’s rally in Kilifi County.

According to the DPP, the words uttered amount to a criminal offence under the elections and criminal laws.
The Kilifi Governor Amason Kingi said the utterances were a reflection of what Jubilee intends to do come the 2017.
The Independent Electoral and Boundaries Commission (IEBC) has strongly condemns his irresponsible remarks saying such alarming utterances undermine national values as espoused in the Constitution.

IEBC Chairperson Ahmed Issack Hassan stated that the Commission will not hesitate to take necessary action including barring such individuals from participating in future elections.

He insisted that the Commission is committed to delivering free, fair and credible elections in 2017 and other elections afterwards.
To achieve this, the IEBC plans to set up a backup system to avoid the disastrous breakdown in the transmission of election results witnessed in 2013 by establish a disaster recovery site.
National Assembly Majority Leader Aden Duale and 20 MPs defended the government against Raila’s alleged of jubilee planning to rig.

He said the allegation is driven by a sense of defeat, irresponsible and unsubstantiated statements to create fear and panic in the country.

TNA Chairman Johnson Sakaja has it that Mr Odinga had sensed defeat and was preparing his supporters against the government. “The call by Cord to take up arms is criminal, primitive, backward and retrogressive,” said Sakaja.
Elsewhere, The Ombudsman has challenged the IEBC to allow a new body to conduct the 2017 elections saying the expiry of its term conflicts with the election cycle.

The Ombudsman chairman Otiende Amollo say a possible run-off would take the election cycle to December 2, 2017.

However, the IEBC team which ends on November 9, 2017 can only be extended through a constitutional amendment through a national referendum