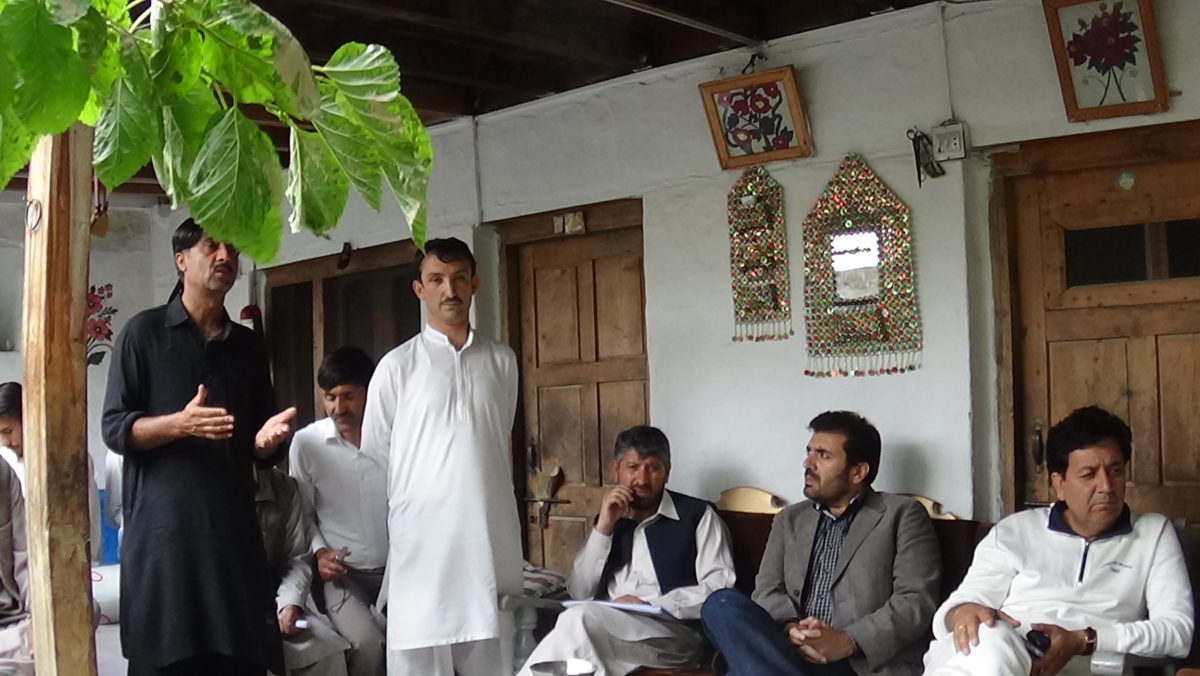 The General Manager of AKRSP and representative of Aga Khan Foundation explained the approach of AKRSP about community driven development in cross border and close to border areas of Chitral and Gilgit Baltistan.

In this connection a function was held at Chewdok village where residents of the area thanked to German based donors and high ups of AKRSP.  They said that this area was totally deprived from drinking water and  a water supply scheme of 23000 feet long was completed with 2.5 million funded by PPAF through AKRSP. As a result 2700 population was benefited from the scheme now they can drink potable clean water and also irrigate their fruit plants.  German donor Miss Diana meet local women who are being supported by  PPAF in different livelihood programs.