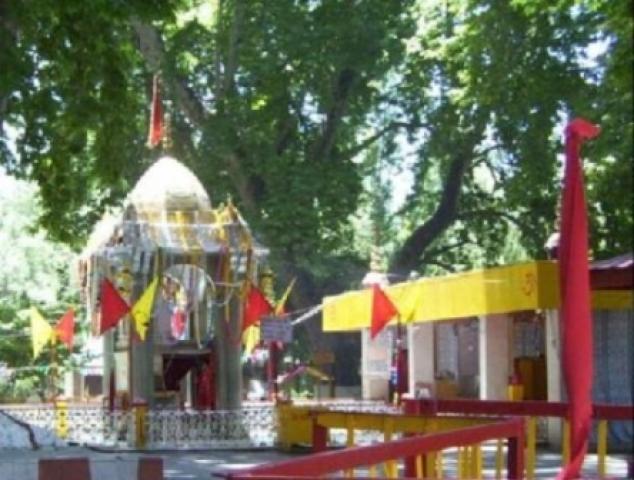 Srinagar, June 03  (Scoop News) –     Tulmula has a unique identity for its revered Hindu Shrine Khir Bhawani which would be developed model tourist village, said Minister for Tourism and Culture, Nawang Rigzin Jora in an interaction during his visit to Mata Khir Bhawani today during which he to assessed the arrangements made by the administration for celebration of mela.

Jora said in this regard, the tourism Ministry has submitted a project report of Rs 70 lakh to the Centre for approval. He said after receiving the accord from Centre necessary infrastructure facilities besides beautification of the village would be taken up.

The Minister said at present the tourism department through JKPCC is executing Rs 16 crore projects at the shrine area for creating upgraded infrastructure facilities for the visiting pilgrims. He said under the project, the construction work of prayers hall, development of Khir Bhawani Shrine complex, accommodation facilities and beautification of nallah have been completed by expending Rs 15 crore, adding that other infrastructure facilities would also be completed soon.

The Minister while taking stock of the arrangements made by different departments for the visiting pilgrims at the shrine directed concerned authorities to ensure all facilities to the yatris during mela days.

The Minister on the demand of representatives of Dharmarth trust directed Director Tourism to formulate a detailed project for construction of public conveniences at suitable sites in the vicinity of shrine. He also issued on the spot instructions to the concerned authorities for cleanliness of shrine area.

Director Tourism Kashmir,  Farooq Ahmad Shah, District development Commissioner Ganderbal, who accompanied by the Minister apprised him about the arrangements made by the administration for smooth conduct of mela.