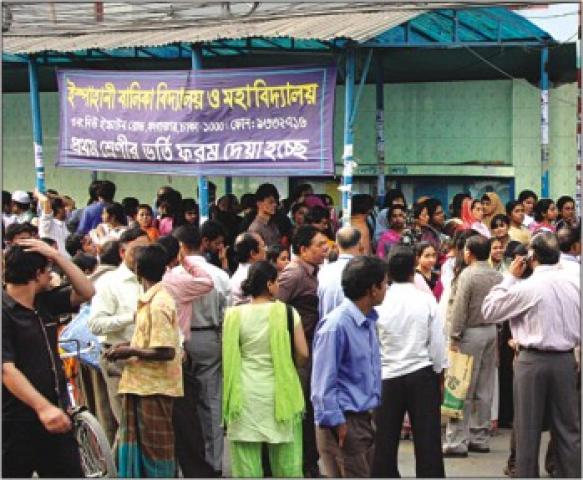 Children along with their parents and guardians in the city are preparing for admission tests of government schools for the academic year 2009.

Distribution of admission form is scheduled to begin on December 14, which will continue till December 27 as per a decision taken by the Directorate of Secondary and Higher Secondary Education (DSHE).

Admission forms can be collected from respective schools on the working days from 9:00am to 3:00pm. The price of form has been fixed at Tk 100.

Students aspiring to have a seat from class 1 to 9 will have to take a 100-mark written tests on Bangla, English and mathematics.

Like previous years the schools have been divided into three groups — A, B and C — based on the geographic location of the school.

Exam for group A will be held on January 4 followed by group B exam on January 6 and group C on January 10.