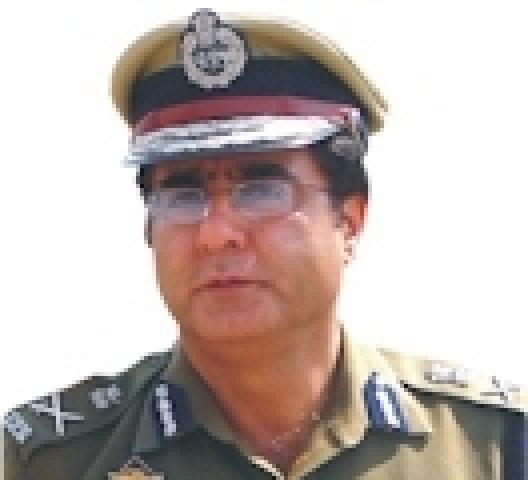 ,November 30 (Scoop News) – Director General of Police,  Kuldeep Khoda, today said that three militants who were killed in Qamarwari yesterday were working as a Jaish Module which was headed by Waseem Raja Guru and the rented accommodation of Arshid Bashir was used as a hideout.

In a statement, Police said the module was also involved in the killing of 02 CRPF men on 10thNovember, 2010 in Pattan.DGP in a press briefing gave the individual background of each killed militant, Waseem Raja Guru son of Abdul Rashid resident of Seer Jagir, Sopore,Statement said..

According to statement the militant had gone for training across border in 1991 and returned in 1994 and was working as Battalion Commander of JeM outfit in Sopore. He was associated with Shoaib@Yasir R/o  (JeM Commander). He was booked under PSA in 2007 and was released in 2008. He however, recycled and remained active sine 2008. He was categorized as ‘A’ Category JeM militant in 2009.

The another militant Zahoor Ahmad Hajam son of Ghulam Qadir Hajam resident of Ward No. 05 Bandipora was aged about 30 years and was a local trained militant affiliated with Al-Badar outfit in the code name of Tanveer /Ian. He was arrested on 23.08.2004 by the troops of 15 RR, at Hospital Road Bandipora. 01 Pistol with magazine and 07 rounds were recovered from his possession. On the instance of the militant another militant namely Hilal Ahmad Shah S/o Mohammad Sultan Shah R/o Hospital Road Bandipora was also apprehended alongwith 07 Hand grenades. Case FIR No. 170/2004 U/S 7/25 was registered against the duo in police station Bandipora and the case is still subjudice in the court of law. The militant was also detailed under PSA for a period of 1 ½ years in the year 2004. After graduation from a private college he did his B. Ed. from  Bandipora in the year 2008-2009. The militant was also working as a teacher in a private School – Kousarya Public School Chakreshipora Bandipora and had left his job some 02 months back. Thereafter, the said militant mostly remained at his home and sometimes he also visits  as according to his family he was undergoing M.A. through Distance Education besides computer course at . As per family sources he left his home on 19.11.2010 for  and has not returned back. He was also found involved in instigating public for agitation in 2008, statement said.

Statement said that the third militant Arshad Bashir son of Bashir Ahmad Peerzada resident of Alsafa Colony Sopore had passed 12th Class examination in year 2010 and had got admission in Degree College Bemina. He had close links with the terrorist organizations and his house was raided in 2009 by the Police and Army for the presence of Jaish Mohammad militants. He had developed liaison with JeM militant Waseem Raja Guru in 2008-2009 and used to be with him off and on.