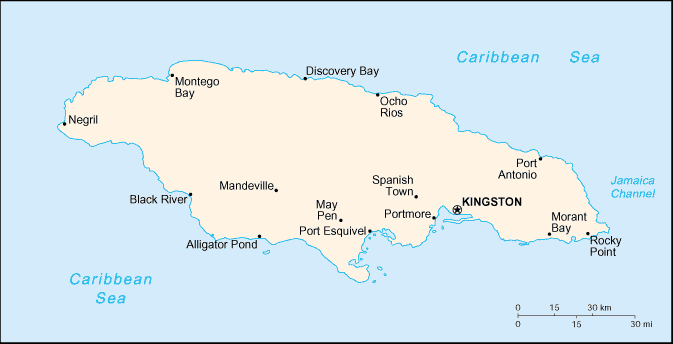 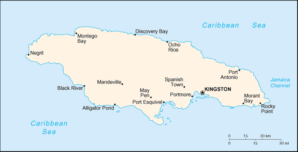 Does Jamaica recognise its own homophobia? That is the question being discussed by two of the country’s most prominent bloggers, following last month’s murder of transgender teen Dwayne Jones [1].

Active Voice [2]‘s Annie Paul, who was invited to be part of a panel discussing the killing on the BBC’s popular radio programme World Have Your Say [3], was a bit incredulous [4] about the perspective of a local religious leader who was also on the panel:

Bishop Bailey seemed not to realize that this particular gender war is about the freedom of gays/homosexuals to be open about their sexuality in Jamaica. His comments suggested that much ado was being made about nothing and he even asked if he was living in the same Jamaica the rest of us were talking about. His contention was that there are many homosexuals living and working in Jamaica peacefully and that most of the murders of gay people were by fellow gays. When Jalna [a lesbian who was also part of the panel] talked of the fear she felt at having threats directed at her when she had to walk on the street he asked how people knew she was a lesbian (!). This suggests that the good Reverend is unaware that the debate is about gays in Jamaica being able to ‘come out’ (of the closet) without being threatened with bodily harm. Conform to gender norms of dress and behaviour he seems to be saying, and every little thing’s gonna be alright.

For Dwayne Jones, this was not the case. Carolyn Joy Cooper, who blogs at Jamaica Woman Tongue [5], took issue with people’s interpretation of the Bible [6] when it comes to issues like cross-dressing and homosexuality:

The diabolical mob that murdered Dwayne Jones must have been made up of men and women who believe that cross-dressing is sinful behaviour. Deuteronomy 22:5 declares: ‘The woman shall not wear that which pertaineth unto a man, neither shall a man put on a woman’s garment: for all that do so are abomination unto the Lord thy God.’

The problem with applying the abomination rule to fashion is the indisputable fact that there is no universal standard of male and female dress. Gendered dress styles vary across cultures. In some parts of the world, men wear kilts and sarongs. They may look like skirts. But they are not ‘female’ dress.

The word ‘abomination’ turns up a lot in the Bible. But it’s not only homosexuality and cross-dressing that are abominations. There are lots of other sins that self-righteous fanatics conveniently forget. Adultery is an abomination. But if we were to stone adulterers to death in Jamaica, there would hardly be any of us left.

That primitive mob outside ‘Gyal-tego’ Bay was clearly very selective about their abominations. Their feet swiftly ran to mischief, shedding Dwyane’s innocent blood.

The “Gyal-tego” Bay she refers to in her post is apparently “the new name for Montego Bay in the twisted vocabulary of super-sensitive Jamaican males”. She went on to explain [6]:

And Mandeville is now ‘Gyal-deville’. It’s not a joke. It’s a very serious matter. Sexually insecure men are so fearful of appearing to be homosexual that they cannot go into a ‘man’ town or city. Only gyal.

It’s the same ‘reason’ bad man don’t eat guinep. Dem don’t suck seed. And, despite all the bravado, they don’t succeed in hiding their weakness. If you have to go to such extremes to reassure yourself that you are a real-real man, something must be fundamentally wrong.

It’s the fear of being tainted by homosexuality that drives irrational males to commit acts of violence against so-called sexual deviants.

The post [6] explored the spaces within Jamaica in which it is “acceptable” to cross-dress:

Take, for instance, the patrons at Caribbean Fashion Week. For the last several years, two male cross-dressers come to the event and no one would think of attacking them. In fact, I’ve seen other patrons taking pictures with them. They are part of the fashion scene.

Some Jamaicans may be uncomfortable with this kind of masquerade. But Trinidad and Tobago is the land of mas. On Carnival Monday, cross-dressing men use pillows to create big buttocks and breasts. They wear wigs and dresses. It’s all playful. It’s not about an identity crisis. Men play women and women play men. And they even play themselves.

We don’t have to go all the way to Trinidad and Tobago to appreciate the arts of role play. We have our own forms of traditional masquerade and cross-dressing. Just think about jonkunnu. There was a time when jonkunnu maquerades were seen as an abomination. They were vulgar and sinful. In 1841, the Mayor of Kingston banned the ‘John Canoe’ parade – as the word was then spelled. The current spelling acknowledges the African elements in the ritual. The banning of the parade caused a riot. Angry revellers clashed with the Militia and the Mayor had to run for cover. He was forced to retreat to a ship in Kingston Harbour.

It’s a real tragedy that Dwayne Jones wasn’t so lucky.

Active Voice [4], meanwhile, was concerned about the media’s – and by extension, the public’s – reaction to Jones’ killing, making a clear point that “lynchings are NOT just any other murder”:

Nationwide’s Emily Crooks [said] that the world didn’t realize that the lack of reaction to Dwayne Jones’s murder was not to be read as homophobia but as the sign of a population inured and calloused to murder in general…as if a lynching is equivalent to the random murders that take place daily. According to her, the lack of outrage at his death was hardly exceptional for a population accustomed to 2-3 murders a day and he wasn’t the only child who had been murdered recently either, she added.

Crooks claim[s], like many others, that there is simply no difference between Dwayne’s murder and all the other horrible murders that happen regularly in Jamaica. This view is also very widespread on social media and for that matter in traditional media.

Human rights campaigners tried to point out that Dwayne Jones’s murder qualified as a ‘hate crime’ but this didn’t help either. Many Jamaicans on social media were adamant that Jones’s death merited no special concern or attention.

So what’s going on here? Surely even an imbecile can see that there’s a difference between an ordinary murder and a lynching.

She brought up the case of a “horrific attack by a mob on a man and his daughter in Trelawny, in which the father was chopped to death, his daughter left severely injured and their house burnt to the ground” on the premise that they were related to someone suspected of having sodomized two boys who had drowned in a nearby river. (The police later reported no signs of sodomy):

THAT was a good occasion to talk about homophobia but did we? NO. We shoved it under the carpet, pretended that all was normal in good old Jamdown, and moved right along.

Similarly we know far more about Dwayne Jones, the family he came from, the circumstances of his abandonment at their hands, who his friends were, the kind of person he was, from international media. None of the media houses here considered it worth their while to humanize him by letting us know these details about him. Contrast this with the killing of Tashanique James…the Gleaner[‘s] front page story, Outspoken child becomes victim of gunman’s bullet [7], showed us the human face of the little girl who had been so brutally cut down and then did a follow up story on the gang warfare that had resulted in her death.

No such consideration for Dwayne Jones. Not even though he died in extraordinary circumstances which in themselves merited front page coverage. But oh no, how dare you say this lack of media attention was because we’re homophobic? It’s just that the media can’t keep up with all the murders that take place here everyday.

It’s a measure of the dysfunctionality of our main media houses, and the class and gender biases they suffer from, that it took them three weeks to realize they had this stunning footage. This is how Jamaican media should have covered this terrible killing from the beginning.

The two bloggers ended on similar notes, calling for sensitivity to the issue and the courage to discuss it constructively. Jamaica Woman Tongue [6] said:

A 17-year-old child was slaughtered because he was only trying to play himself. His murderers must be brought to justice.

A mob is made up of individuals who choose to suspend responsibility for their actions. As a society, we cannot afford to follow suit. In this season, as we celebrate Emancipation and Independence, we must liberate ourselves from those biblical ‘abominations’ that threaten to turn us all into truly abominable brutes.

Are we ever going to give up the fondly held myth that Jamaica is an English-speaking, heterosexual, devoutly Christian nation of polite people who run fast and make great music? Your guess is as good as mine.