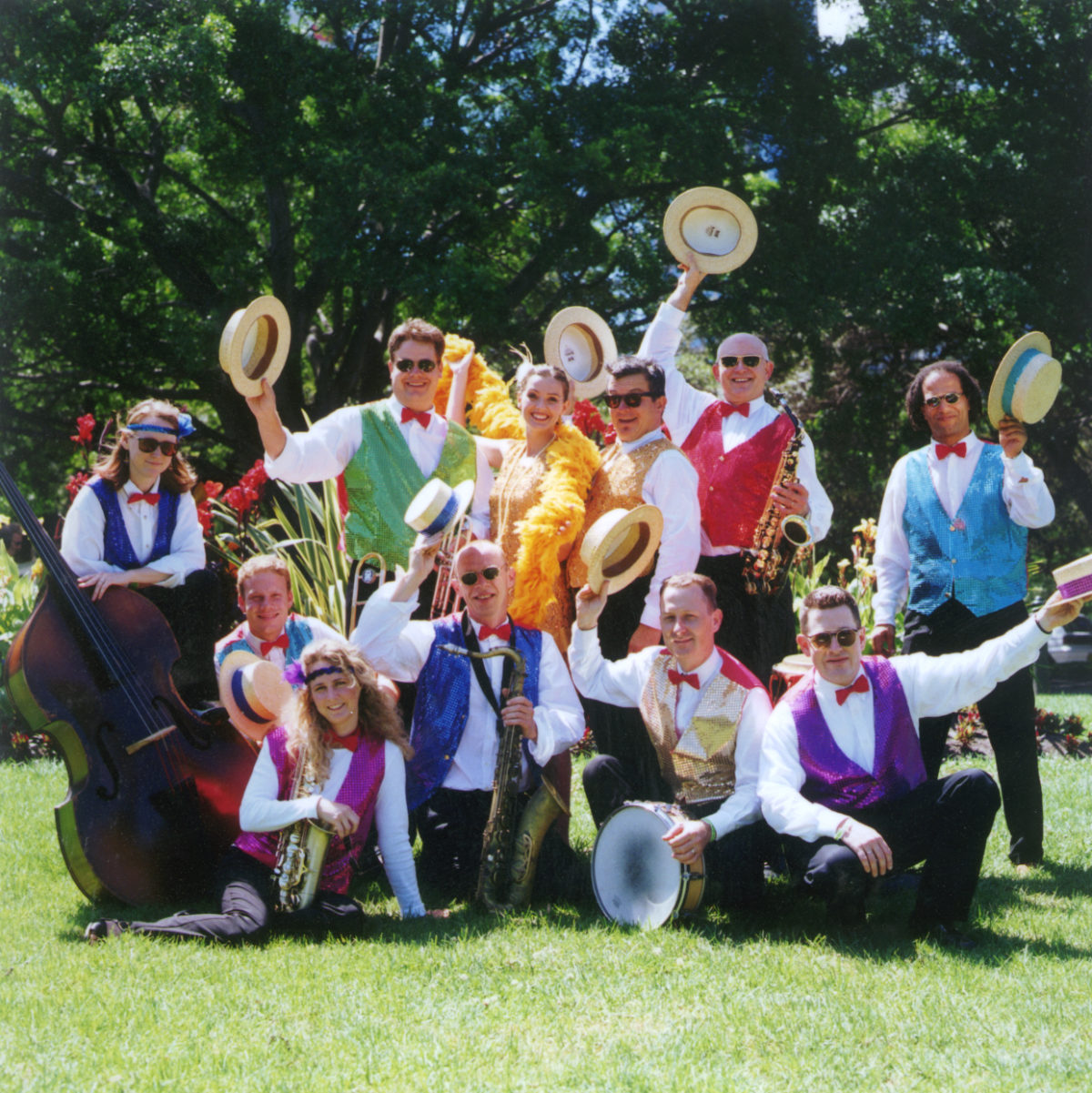 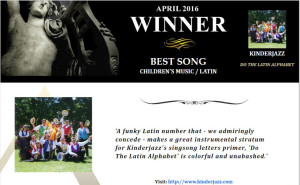 Whether you’re looking for ways to stimulate a developing young mind, you’d like to introduce children to the pleasures of music, or you just want your kids to have FUN, you’ll find Kinderjazz’s collection of blues, latin, ragtime, jazz, and swing music is perfect for girls and boys under the age of 12.  The one-of-a-kind swing band for children has performed in some of the most prestigious venues in the world, and their recorded music is specifically written to engage young children, while simultaneously appealing to adults of all ages.  Parents love it because it is jazz and its educational in a fun way, grandparents love it because it takes them back.  Children love the rhythms and enjoy the instruments…

Now, MTS Management Group is proud to announce “the world’s only big jazz band for kids,” Kinderjazz is a winner at the Akademia Music Awards. Kinderjazz’s  song, “Do The Latin Alphabet” was named Best Children’s Song – Latin for April 2016. Winners are determined by the general voting process held by an expert panel of six judges, who are all former senior executives and industry veterans, from some of the largest record companies. Past winners include country rocker, Chase Allan; Grammy Winner, Ricky Kej; and Music Row-charting Swedish artist, Hicks. For a complete list of winners, visit http://www.theakademia.com/winners2/.

“Do The Latin Alphabet” was written by Kinderjazz co-founder, David Llewellyn, and the song appears on their 2015 album release, Teddy Bear’s Picnic.  Listen to the track at http://www.theakademia.com/april2016_bestsong_childrensmusiclatin2.html. 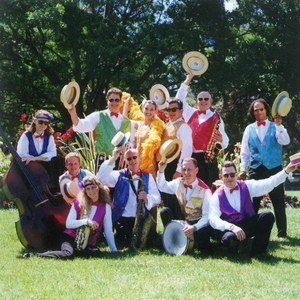 Located in Los Angeles, California, The Akademia Music Awards is dedicated to recognizing excellence in music throughout the world and supporting musicians interested in receiving a higher degree of market exposure and professional recognition for their work. www.theakademia.com

Kinderjazz is a 12 piece fully acoustic swing orchestra, featuring some of the best musicians in Australia. They have opened Manly Jazz Festival in 1998, and since then, have performed at the Sydney Opera House, Daring Harbour, the Teddy Bear’s Picnic at Parramatta Stadium, to more than 10,000 families, Carols in the Domain 2000 on Channel 7, Stadium Australia and many major venues around Australia. They are currently nominated for a 2016 Indie Music Channel Award and three 2016 Libera Awards, including Album of the Year.  www.kinderjazz.com.