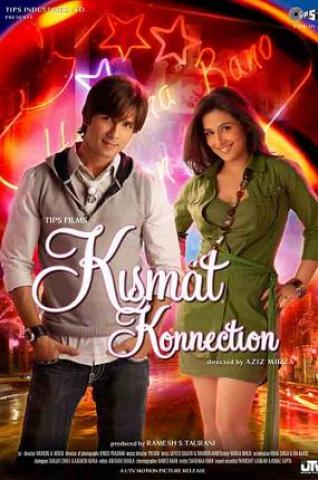 UTV Motion Pictures release ‘Kismat Konnection’, a Tips Production, opened to a worldwide gross box office of more than Rs. 27 crs in the opening 3 days. The film was released in more than 900 screens worldwide, including the US, UK, Australia, Pakistan and the Middle East amongst other countries.
The highest opening ever for a Shahid Kapoor film, ‘Kismat Konnection’ grossed Rs 20.76 crs with an average per print of Rs. 3.75 lacs in India. This is the second highest opening weekend for a film in 2008, the first being ‘Race’, which was produced & distributed by the same team of TIPS and UTV Motion Pictures, respectively.

In the Middle East the film did a total of USD 260,310 (Rs. 1.12 crs). Opening numbers in the Middle East are third highest for a Hindi film in 2008 after Race and Jodhaa Akbar, both of which were distributed by UTV Motion Pictures.

In Australia the film had the third highest screen average in 2008 behind The Dark Knight (Batman) and Mamma Mia. In UK the film had a cumulative weekend collection of USD 223,641 (Rs. 95.51 lacs).

In Pakistan the film had a bigger opening day than Race and Goal with USD 22,418 (Rs. 9.6 lacs) on Friday.
After scoring a hat-trick of hits with Jodhaa Akbar, Race and Aamir in the first half of 2008, this is the fourth consecutive blockbuster from the UTV Motion Pictures stable this year.