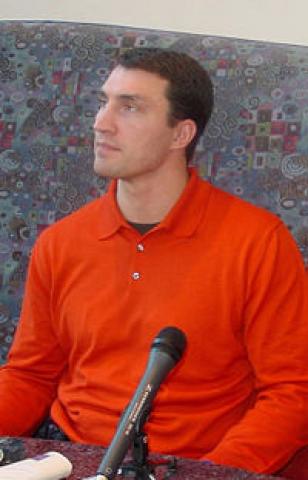 Wladimir Klitschko retained his IBF Heavyweight crown when he finished Hashim Rahman in the seventh round of their 12-round boxing match held at the SAP Arena in Germany a few hours ago. It was Klitschko’s sixth defense of his IBF Crown.

Klitschko, using his powerful left-hand jabs to set up his right powerful punch staggered Rahman with a left hook instead and unleash a series of powerful left and right combination that sent Rahman to near submission. Referee Tony Weeks had to step into the round to stop the fight, obviously to spare Rahman from further beating in the hands of Klitschko. Rahman was knocked down from the previous round.

The two boxers started out faster in the early rounds but Rahman was struggling to cope because of Klitschko’s three inch advantage in height. Klitschko did not throw many punches but they found their targets.

Rahman came in as a replacement for Alexander Povetkin of Russia, the original opponent of Klitschko, who withdrew from the fight because of foot injury.

Rahman, a native of Baltimore USA won the WBC and IBF belts when he defeated Lenox Lewis via KO in the fifth round in 2001 but was later knock out by Lewis in a rematch.

For Klitschko, it was his tenth straight victory coming off from his recent 11th round knock out win against Tony Thomson last July 12th in Hamburg, Germany.

Klitschcko who is from Ukraine retained his WBO and IBO crowns.