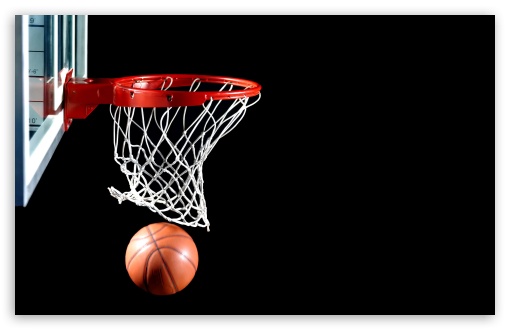 The world continues to mourn January’s passing of former NBA superstar Kobe Bryant. The 41-year-old LA Lakers legend tragically died in a helicopter crash alongside seven others, including his 13-year-old daughter Gianna.

A bonafide sporting icon, Bryant is one of basketball’s most decorated players. His achievements include five NBA titles and a glut of individual accolades, like his inclusion in 18 consecutive All-Star NBA teams and a joint-record 11 All-NBA sides. Nicknamed the “Black Mamba”, perfectly exemplifying his cast-iron mentality, Bryant was especially renowned for his supreme shooting skills.

Bryant’s legacy will certainly continue to live on and to commemorate his incredible career, we’ve looked back at his most memorable on-court moments.

Bryant’s greatest ever game was in the 2005-06 season when he scored a mindblowing 81 points against the Toronto Raptors. This was the second-highest number of points scored by an individual player in NBA history. Though he was beaten by Wilt Chamberlain’s 100-point game in 1962, Bryant’s accomplishment is arguably more impressive given how much faster and more competitive basketball was in his era. Prior to his 81-point extravaganza, only six players had scored 70+ points since Chamberlain, and only two had done so since 1963.

This achievement was made even more incredible in how it overturned the outcome of the game. The Raptors were actually beating Bryant’s Lakers team by 14 at the halfway stage, despite Kobe scoring 26 points. Come the second half, Kobe single-handedly took over the game, shooting at almost every chance he got. Despite being double and triple-teamed, Kobe scored an astonishing 55 points in one half, leading his team to a remarkable 122-104 victory.

While not quite as famous as his Raptors performance, Bryant’s 62-point total against the Dallas Mavericks the month before is even more spectacular in some ways. Scoring a sensational 62 points in just 32 minutes—one more point than the entire Mavericks team during this period—the Lakers were so far ahead that Bryant sat out the last quarter. He reassured assistant coach Brian Shaw that he’d have another game like this, and so it would prove, with his Raptors masterclass coming just 33 days later.

The Mavericks were no slouches either. They would finish with 60 wins that season—15 more than the Lakers—to reach the NBA Finals, and boasted excellent defensive players like Josh Howard, Marquis Daniels and Devin Harris. But they just couldn’t get near Bryant on the night. Shooting 18 of 31 from the field and an outstanding 22 of 25 from the free-throw line, he hauled his team to a  112-90 victory.

Though best-known for scoring prowess, one of Bryant’s most iconic moments was actually a pass. The year was 2000 and the Lakers were up against the Portland Trailblazers in the deciding Game 7 of the Western Conference Finals. Bryant’s team took a 3-1 series lead but lost the next two, resulting in a winner-take-all tie. It looked set to be Portland’s game—75-60 up with just over ten minutes to go, the Lakers were on course for an epic meltdown and to become only the seventh team to ever let a 3-1 series lead slip.

However, an incredible late surge saw them snatch victory from the jaws of the defeat in one of NBA’s greatest comebacks. With the clock ticking and the Lakers up by four, there was still time for Portland to take back the game. But Bryant wasn’t having it. He deftly dribbled past Scottie Pippen to burst into the lane, before executing a pinpoint lob towards Shaquille O’Neal who dunked the ball home. The alley-oop gave the Lakers a 85-79 up with only 40 seconds to play, securing them the win and their place in the NBA Finals for the first time in nine years.

If there was one moment that perfectly encapsulated Bryant’s tenacity and win-at-all-costs mentality, it came in April 2013. The Lakers were up against the Golden State Warriors and needed a win to help secure a play-off spot for the 2012-13 season. However, they trailed in the fourth quarter and it seemed like the odds were against them.

And with little over three minutes to go, disaster seemingly struck. Bryant was fouled just outside of the lane and fell to the floor grabbing his ankle—he had torn his Achilles. His team promptly called time out so he could leave the court, but despite the severity of his injury, the Lakers shooting guard refused. Instead, he limped back on to take the two free throws awarded after the foul, which he duly dispatched to tie the game at 109 before hobbling off unaided. The free throws made all the difference and the Lakers finally won 118-116. This act of remarkable resilience was even more breathtaking considering Bryant was 34 by this point, with 36 being the average retirement age for basketballers.

Unfortunately, the latter years of Bryant’s career were blighted by that very Achilles injury and after several underwhelming seasons, he announced he would retire at the end of the 2016 season. This meant that the game against Utah Jazz on April 13th was to be his final hurrah, and in traditional Kobe Bryant fashion, he signed off in style.

In front of an electric Staples Center crowd, Bryant rolled back the years in mindblowing fashion, scoring 60 points. This was not only his highest total that season but still remains the NBA record for a player playing their last game. Bryant played like a man possessed in the final two minutes, scoring 13 unanswered points in a manner perfectly summing up his sublime, single-minded approach. “From the bottom of my heart, thank you,” he told supporters in his farewell speech, before uttering “Mamba out,” blowing a kiss and walking off the court one last time.

Filed under: News, Sports
Share Tweet Pin G Plus Email
previous article: 5 Tips on How to Improve Employee Communication in Small Businesses in 2020
next article: The Fallout from India’s Citizenship Laws