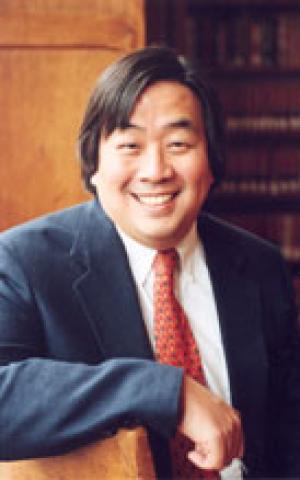 Not long ago, it was revealed that United States President Barack Obama had made another nomination. This nomination would be the legal adviser for the US Department of State. In short, that person would act as the top lawyer for the State Department.

The person nominated is Harold Koh, the dean of Yale Law School. So far, Koh does have White House experienced serving under the administration of then US President Bill Clinton. Koh’s parents were the first Asian-American parents to teach at Yale University. In his life, Koh had quite the interesting legal career. His main legal fortes are constitutional law and civil procedure.

So far, he has been praised by liberal and conservative students alike at Yale.

However, Koh’s nomination is drawing criticism from the GOP. At the same time, it could possibly divide the GOP. This is according to the article on TIME Magazine’s website.

The start of the article explains that the uproar originated by Fox News’ Glenn Beck. According to Beck, Koh supports Muslim Sharia Law. However, that was proven to be a myth. It did not stop Beck’s assault against Koh.

Since then according to the article, Republicans across the country are at odds with each other because of Koh’s nomination. So far, the vote on Koh’s nomination will be taking place on Tuesday, April 28. This is something to carefully keep an eye on. Kenneth Starr and Theodore Olson gave their support to Koh. At the same time, Karl Rove and John Bolton gave criticism to Koh.

Overall, the GOP could possibly be at odds with each other in regards to Koh’s nomination. At the same time, it seems that Koh is getting support from liberals and conservatives.

In an editorial piece on Right Side News, Vincent Gioia gives his criticism about Koh. Gioia points out treaties that Koh had supported. As Gioia’s main piece of ammunition against Koh, he cites CIFTA or the “Inter-American Convention Against the Illicit Manufacturing and of Trafficking in Firearms, Ammunition, Explosives, and Other Related Materials.”

Gioia points out that the treaty was signed under the administration of Clinton. However, it was pointed out that it was not ratified by the US Senate. In short, Gioia may be implying that Koh’s possible appointment will harm the US Constitution. In this part of the criticism, Gioia points out CIFTA. In an article on The New Ledger (TNL), more criticism has been given to Koh as well. While this nomination could put the GOP in between a rock and a hard place, this could be the omen to something that could spell into another major dilemma for Obama.