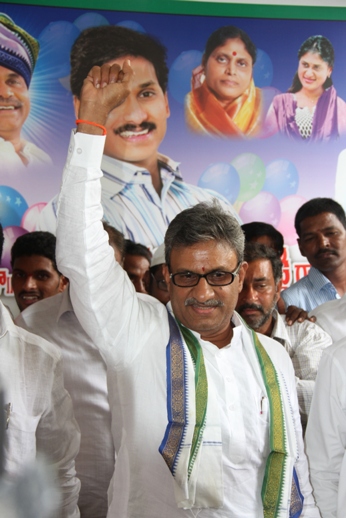 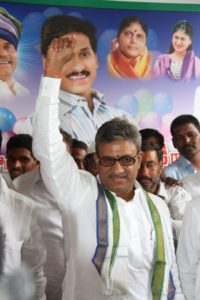 Shri Koneru Prasad is a house hold name in Vijayawada. Born and bought up in Vijayawada is the son of Late Dr. Koneru Madhusoodhana Rao who has laid is life for the upliftment and welfare of the people especially the downtrodden. Dr. Koneru Madhusoodhana Rao was the man behind the TB sanatorium of Vijayawada, which has made the life of TB patient more comfortable. He has spent is life by leading by example to the people of Vijayawada.

The son of the legendry Dr. Madhusoodhana Rao, Shri Koneru Prasad has not left behind his father’s mission; instead he too made it possible for the people of Vijayawada and the neighbouring places to be the right person to depend on their difficulties. The charity activities started by his beloved father are further expanded with the determination towards the downtrodden to help and support in their difficult times. This is why he has become the rallying point for them.

Shri Koneru Prasad has his business empire extended internationally. He is the Founder Chairman & Chief Mentor of Trimex Group in 1985 in the UAE to fill the demand supply gap for quality industrial minerals to the oil drilling industry. He is a renowned name in the Indian Trans-national Mineral and Mining Conglomerate. He is known as the Global leader in the field of Industrial Minerals. His dedication and determination has helped him to establish a reputed International Group in a short span.

Dr. Koneru Prasad is a visionary in the mining and minerals industry and felt his presence in the Middle East, USA and Hong Kong. His expertise made it possible to establish cost effective supply chain models. His inborn business attitude made him to establish contacts with Multinationals and Governments around the World. His capability and determination to develop the underdeveloped areas in his motherland has prompted him to setup Heavy Mineral business Mining and Processing industry with an investment of 600 Cr in the most backward area of the Country Srikakulam.

While running his business empire, he never shied away from the social responsibility for the welfare of people. He has established Koneru Rajendra Prasad Charitable Trust with a key focus on Health and Education to the needy, which has made a difference in the lives of the local community at Srikakulam. He has taken initiative in conducting health camps, eye camps, Irrigational Schemes, Infrastructure, Free educational aids, temple renovation, Free Food etc. Moreover he has made his contribution in the renovation of Srikurmam temple and building of Dining Hall at Arasavalli Suryanarana Temple.

In a nut shell, Shri Koneru Prasad can be described as a person with compassion, dedication and determination towards the welfare of the downtrodden. His humanitarian attitude has helped many and enlightened the hope and life of the people who are in distress. Shri Koneru Prasad is known as a person whom can be trusted and depended by the downtrodden. He has become the role model and inspiration for the people in and around Vijayawada and sees him as the hope of their future.