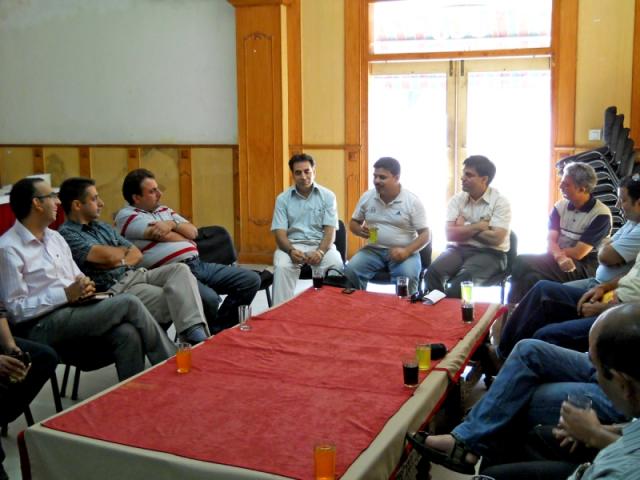 KPCC held an interactive session with the successful entrepreneurs and members of chapter of KPCC to discuss the vision, mission, roadmap and key focus areas of KPCC besides the international business.

Addressing  the entrepreneurs in , KPCC convener Vikram Bhat  advised them to involve as many youngsters as possible in KPCC programmes so that future entrepreneurs are trained to take on the business world from the front.

Continuing its relentless efforts to bring the corporate investors to J&K particularly the successful sons and daughters -of-the-soil, KPCC discussed various measures taken by KPCC to attract the big investors particularly those belonging to J&K to contribute to the development f the state.

Briefing the entrepreneurs at the session the J&K Chapter head of KPCC Deepak Daftari said that KPCC was a proactive, focused and forward looking apex Chamber of Commerce & Industry registered in with strong national and international linkages. It has been acting as a catalyst for rapid economic development and prosperity of the through promotion of trade, industry and entrepreneurship

Briefing the members about the money invested by Corporate investors of international repute in J&K particularly on the initiatives of KPCC, Deepak Daftari listed a few examples which include, IT, Hotels etc.

The members resolved to continue their efforts in strengthening the KPCC in and elsewhere extending their full support to the unique initiatives of KPCC.