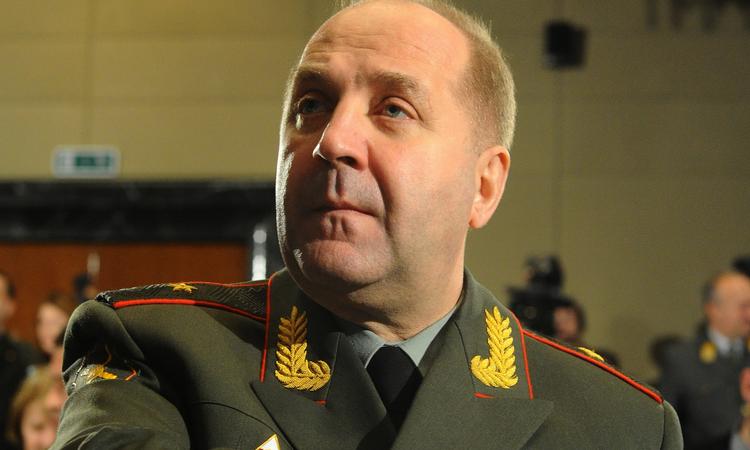 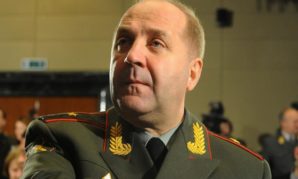 This year in Russia has commemorated one more sudden death of the Russian high-ranking officer. On January 3, 2016 under mysterious circumstances the chief of the Main intelligence directorate, the Deputy Chief of Joint Staff of Armed Forces of the Russian Federation Colonel General Igor Sergun has died. In the condolence text it is told that he has died of a heart attack. Nevertheless for three weeks before the 58-year-old general stayed in kind health and vigorously enough reported in Kremlin about ups and downs of struggle against the international terrorism.

Later in mass-media a version appeared that the General has died of over fatigue caused by his very intense work schedule. At the same time the place where exactly an incident has happened with Igor Sergun – whether during business trip to Lebanon as reported at Stratfor or, as assures the Kremlin, at his own summer residence near to Moscow – remains cloudy and uncertain.

Anyway, the series of death among the Russian high-ranking officials and the higher military management of Russia are hardly qualified as an accident, especially taking into account life history of deceased persons. The fact that many of them had the most direct relation to annexation of Crimea and, so-called, special operations in Ukraine explains quite a few.

In particular, Igor Sergun governed the annexation of Crimea and military operations within the territories of Donetsk and Lugansk areas of Ukraine. At white heat of the war in Donbass he has been awarded a rank the Colonel General. In April, 2014 General Sergun was placed on EU and US sanctions lists targeting top Russian officials after Russia’s annexation of Crimea. The EU list said Col. Gen. Sergun was “responsible for the activity of GRU (Russian Main intelligence directorate) officers in eastern Ukraine”.

Major general Alexander Shushukin died on feet on December 27, 2015 at his 53 (because of heart troubles, as well as his colleague above!) served earlier as the Deputy Chief of Staff of Airborne Troops of the Russian Federation and personally managed the Russian landing contingent in Crimea.

The former mayor of Sevastopol Valery Saratov has died on December 9, 2015 in Moscow, at the age of 62, after unsuccessful cardiac surgery (what a matching!). It was one of originators of joining of Crimea to Russia.

It sounds like Kremlin inhabitants have recollected good old Stalin days and by means of tried-and-true methods clears away dangerous witnesses who could tell a lot of “interesting” in the Hague tribunal about participation of the higher Russian leaders in war crimes in Ukraine.

Transfer by private British agency of investigations Bellingcat to the Public Prosecutor’s Office of the Netherlands of a case information about destruction in Donbass of civil aircraft Boeing-777 of Malaysian Airlines with almost three hundred passengers onboard could become the catalyst of sudden and mysterious death of GRU head. Investigation materials confirm that the aircraft has been brought down by the missile launched from the Russian Buk-M1 surface-to-air missile system . The round of suspects has been narrowed to 20 persons, the report contains their names and photos, as well as practically the crew actions are restored minute by minute.

There are no prizes for guessing, which of high-ranking Russian military men has been best informed on how Russian surface-to-air missile system got to the territory of Ukraine. It might be supposed that elimination of dangerous witnesses has begun. In support to this version you may find in social networks an information about a fate of crew of that ill-fated Buk. By the grapevine, after a sensation risen round the Boeing brought down by Russians, all battle crew of the Buk-M1 has been sent to serve in Transbaikalian military command and was lost under mysterious circumstances (!) in an accident.

Detention by the Ukrainian military men in Donbass on May, 2015 of two Russian GRU officers has probably played not the last role in sad destiny of the principal Russian scout too. I doubt whether the Russian military men have appeared in the territory of the allied state without the knowledge of the top management of one of the basic special services of Russia. It goes without saying that Igor Sergun had the most direct bearing on performance by the Russian military men of “special tasks” (as the Russian president said) in the territory of the neighbouring state. It is clear that the Kremlin is extremely disinterested in disclosure of information on plans and details of special operations in Donbass, as well as the names of those who gave orders on their carrying out.

Thus journalists and experts are assured that in Russia a “great cleaning” of witnesses has begun. The question naturally arises: “Who will be the next knocked out candidate”? There are a great number of variants …

The only one is clear, both a failure of military campaign in Ukraine and a submarginal condition of the Russian economy suffering from western sanctions consequences, shall force the Kremlin to turn off hastily its project Novorossia, to cover up the traces and to change a bullying tactics upon Ukraine.

So, to be continued …