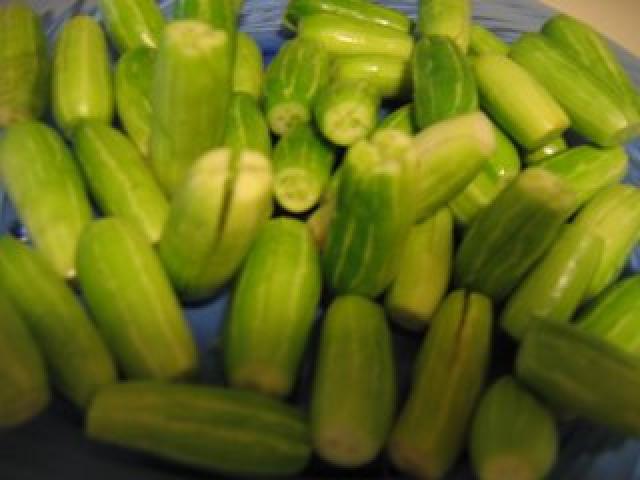 This humble vegetable, so far met at the dining table with indifference, may now find new respect, even among picky palates. That’s because new research shows that consuming 50 grams of kundru daily can help keep your blood sugar under check.

A three-month study conducted by doctors at the Institute of Population Health and Clinical Research, Bangalore, has found that the common kundru, which looks like a poorer cousin of the tasty gourd parwal and has no particular gastronomic appeal, can reduce blood sugar levels in patients with mild diabetes.

The team found that sugar levels in new diabetics, with fasting blood sugar counts below 200, can drop by 16% by simply slurping the curried vegetable, known to botanists as Coccinia indica. It also reduced post-prandial blood glucose (sugar count after a meal) by 18%.

The findings have been reported in the latest issue of the international journal Diabetes Care.

"We fed 30 early diabetics a daily capsule of one gram of frozen, dried powder of kundru, that is equivalent to 15 grams of the vegetable, for three months and found it to greatly reduce blood sugar. It also reduced glycosylated haemoglobin by 0.4% which is significant," said Dr Ganapathi Bantwal, associate professor of endocrinology at St John’s Medical College Hospital, Bangalore.

However, doctors say when cooked and consumed, the dose has to be higher than that of the extract — typically about 50 grams.