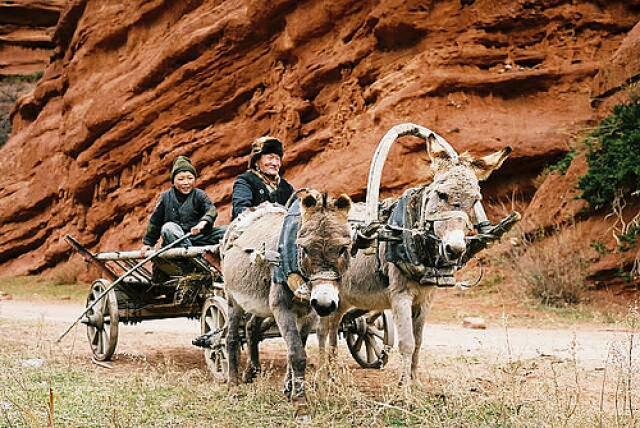 Legislative changes allowing the Kyrgyz government to privatise the potentially lucrative energy sector without consulting parliament have raised concerns that it wants to speed ahead with sales with little accountability or transparency.

On April 18, parliament passed three bills relating to energy privatisation in the course of a single day. The key law signs away parliament’s right to be consulted before privatisation programmes are approved.

In past years, it would have been difficult to get such bills passed so easily. In its previous incarnation, the legislature frequently raised objections to plans to sell power stations and other energy-sector assets because members felt the process was botched and was not in Kyrgyzstan’s best interests.

That changed after the December election, when the newly-created Ak Jol party swept the board and gave President Kurbanbek Bakiev and his allies the majority they needed to pass bills effectively unopposed.

The two other parties represented in parliament – the Social Democrats and the Communists, with 20 of the 90 seats between them – were unable to slow the rapid progress of the privatisation bills’ rapid progress, let along block them.

RUSH TO THE FINISH

In January, Bakiev told his government to make the rapid sell-off of power companies a priority. (For more on this, see Kyrgyz to Pay High Price for Power Privatisation, RCA No. 528, 25-Jan-08.)

Kyrgyzstan’s mountainous terrain means it has the potential to produce enough hydroelectricity to meet its own needs and for export as well. For now, the cash-strapped authorities argue that privatisation is the only way of attracting investment to renovate infrastructure, build new plants and eventually become self-sufficient in electricity, and that the state does not have the funds to sustain current losses, let alone fund new projects.

Denationalisation of the power industry, launched in 1998, has been a protracted process, beginning with the breakup of the state-run Kyrgyzenergo into several constituent parts – one company to run the power stations, another in charge of the national grid, and others distributing electricity to consumers in various parts of the country.

The companies that have now been lined up for sale, or alternatively a management lease arrangement, under the current fast-track programme include the electricity distributors Severelektro in the north of Kyrgyzstan and Oshelektro and Jalalabadelektro in the south. Other assets on offer are Bishkekteploset, which pipes hot water to the capital, and the power station that supplies the heating for this system as well as the city’s electricity.

Apart from massive inefficiencies, theft and unpaid bills, Kyrgyzstan’s power industry is just recovering from an unusually harsh winter which placed a huge strain on existing generating capacity. Low water levels in the Toktogul reservoir, where one hydroelectric scheme accounts for 40 per cent of the power generated in the country, are continuing to create blackouts of up to 14 hours a day in many regions and even in Bishkek.

Pro-Bakiev members of parliament have defended the decision to cede control of the privatisation process.

Ak Jol deputy Osmonali Attokurov told IWPR that the decision placed responsibility for the process firmly on the government, where it belonged.

“I personally think the government was right to assume this responsibility,” he said. “Now it is entirely answerable for its own actions and will not shift responsibility onto parliament. Since it is proposing the energy-sector development programme, it should be responsible for the consequences.”

Tursun Turdumambetov, head of the government agency in charge of state property, was a strong advocate of the change and was pleased to see it sail through.

“Privatising any asset requires speed. The republic loses potential investors because of the long-drawn-out procedures for approving decisions,” he said. “That’s why we removed [parliament’s right of] approval, so that government can work with speed and agility.”

He added that ministers would remain accountable to parliament, whose members would be able to look into the privatisation process any time they wanted.

“We aren’t concealing anything from the public,” he said.

Opponents of the new arrangement disagree.

Tolekan Ismailova, the head of the Citizens Against Corruption group, told IWPR that the people have lost their right to scrutinise the privatisation process by means of an elected parliament.

“The decision to implement the programme without going through parliament is anti-constitutional and it will be easy to contest it in court,” said Ismailova. “Parliament is now closed, and no longer exists as a public institution.”

Ismailova and some other human rights activists were ejected from parliament on April 16 when the amendments were being discussed in committee.

According to Azimbek Beknazarov, a leading opposition figure from the Asaba party, recalled how the previous parliament, of which he was a member, used to be the scene of robust debates on this issue.

By contrast, he said, “The current tame parliament does what it’s told. The authorities now do whatever they want, and it’s useless to resist them as they do not listen to anyone else’s opinion. All the key decisions are made in private.”

Isa Omurkulov, a member of parliament for the Social Democratic Party, told reporters on April 23 that the only option now might be to seek a national referendum on the issue of privatisation.

“Today we, the parliament, have absolutely no influence over these processes. Thanks to a certain group of deputies – we know who they are – we’re unable to monitor the implementation of this programme,” said Omurkulov.

The government is currently developing two energy-related documents – a programme lasting until 2010 and a strategy for 2025, both of which are currently before parliament.

Public hearings were held on the two papers on April 23, during which industry and energy minister Saparbek Balkibekov said the energy sector needed at least five billion US dollars in investment, and this kind of money could only come from commercial investors.

For critics of Bakiev’s policies, the underlying concern is that once private companies come in – most likely from more powerful countries like Russia and Kazakstan – they will simply replace the state monopoly with one of their own, and proceed to bump up utility prices as a way of recouping their investment.

These fears will be heightened if the bidding process is less than transparent. At the moment there are believed to be four prospective investors waiting in the wings for privatisation to move forward, but the government has not revealed their identity.

Officials insist that electricity prices will be held down once the private sector takes over, but local human rights groups doubt it will have the legal mechanisms at its disposal to ensure this happens.

“The is a strong possibility that an investor will increase prices and start cutting off the power to hospitals and other public-service institutions,” said Aziza Abdirasulova, head of the Kalym Shamy human rights centre.

One of the other laws passed last week designates electricity as a “commodity” rather than a service. This might seem an academic distinction, but it has become yet another bone of contention between the government and its critics

Those in favour of the re-designation say it is consistent with other pieces of legislation, while minister Balkibekov argues that it will make it easier to prosecute those who steal or waste electricity. or default on unpaid bills

Yury Danilov, an Ak Jol member who chairs the parliamentary committee on energy affairs, told IWPR that the law was in the best interests of the public.

“Until now, electricity has been regarded as a service, so [offences were] only punishable by administrative [civil] law. Now that it is designated a commodity, the criminal code is applicable and it can be dealt with as theft of property,” he explained. “This law is in the interests of honest electricity consumers who don’t steal it, but pay for it,”

Activist Anara Dautalieva said the change deprived people of one of their basic rights.

“Electricity and water are not goods, they are services of social importance to the population; this is about access to a local resource that we produce ourselves,” she said.

“Why have a state at all, if the president says the state cannot be an efficient manager and everything should be handed over to private ownership?”