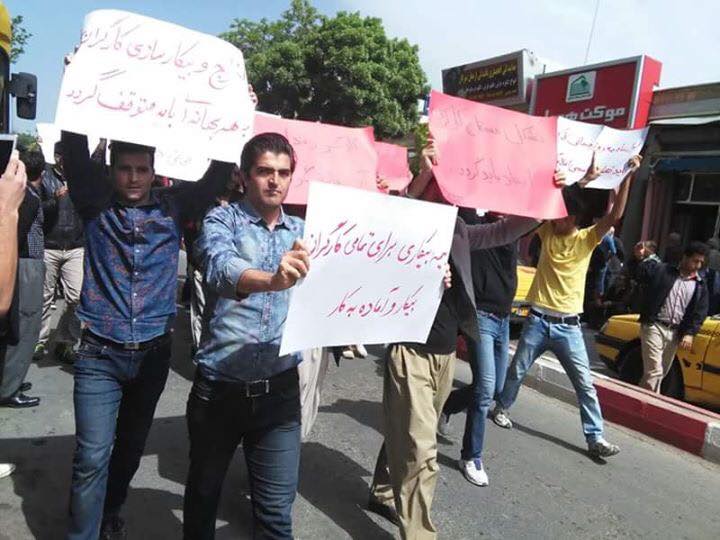 On Saturday the National Council of Resistance of Iran (NCRI) reported on the Iranian regime’s ‘state security forces [who] attacked [a gathering of the Bus Worker’s Union] and confiscated banners.’

The event happened on the eve of Sunday May 1, International Workers’ Day, further illustrating that ‘the mullahs’ regime is taking draconian measures to prevent workers in Iran from holding protests.’

Writing to encourage workers to take up the the Right of Freedom of Assembly is political prisoner Abolqasem Fouladvand. Mr. Fouladvand himself was arrested on charges of ‘having links to [or associating with] the main Iranian opposition group People’s Mojahedin of Organization of Iran (PMOI / MEK).’

The Iranian regime attempts to shape domestic media coverage of the events through it’s state-run news agencies and ‘each year tries to create an atmosphere of intimidation and threats against workers.’

And with this, alongside the Right of Freedom of Assembly, press freedom is also under attack. Published on Tuesday by Freedom House, its report ‘Freedom of the Press 2016’ states “The Iranian [regime] attempted to shape domestic media coverage.”

Iran ranked ‘190th out of 199 countries in the global rank for freedom of the press. They jointly ranked as the Middle East’s top press freedom violator.’

Writing in his statement, the Political prisoner Mr. Fouladvand said “[I] declare my support and sympathy for the protests and rightful demands mentioned. We remember the recent martyred teachers, workers and laborers.’

At Saturday’s protest, workers collectively demanded for the ‘freedom for political prisoners. “Arrested workers must be freed,” they chanted.’

His closing point was a call to action saying “I ask all workers and toilers to stand in solidarity with the teachers, nurses and students to fight for our great right to freedom.”