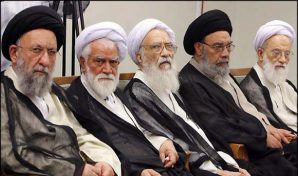 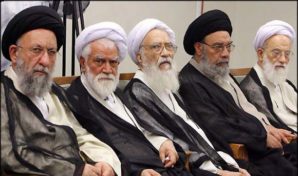 When was the last time, god flew down to earth to officially mark the graduation of his schoolchildren? No university board has any recording of that. Nevertheless mullahs, who have griped on power in Iran, are sure that they represent god on earth. Mullahs, of course have no university credits or any other background to prove the reliability of their words. However, they negate the educated and even attempt to exterminate them. Iran’s prisons are full of Iranian citizens who dared to disobey “god’s decrees” and did not bow to his heavy representatives, the Ayatollahs.

Mullahs of Iran have invaded domains of science and technology! one after the other. Their range of products gifted to us, the habitants of the 21st century, include special electric shears for cutting the hands of thieves – excluding Mullahs themselves – and single cranes that do collective hangings to saves time and fuel.

Getting to realize the ingenuity of Iranian mullahs does not fit in a single article; let’s leave it for our future generations. Nevertheless, beyond all their miracles mullahs have recently come out with the world’s newest discovery in both science and philosophy. The discovery deserves to be recorded in the Guinness book of records.  Local and international media reported from Iran that Seyyed Youssef Tabatabi-nejad a senior mullah, who leads Friday prayers in the central city of Isfahan, encouraged the country’s “morality police” to crack down on “improper veiling” and put forward the idea that women’s immodest clothing was having an impact on the environment.  “My office has received photos of women next to the dry Zayandeh-Rud River [the largest river in central Iran] pictured as if they are in Europe. It is these sorts of acts that cause the river to dry up even further”.  ISNA, Iran’s state news agency cited cleric Seyyed Youssef Tabatabi-nejad as also saying, “I tell the Communications Ministry to clamp down on the instigators of the networks encouraging immodesty. If you don’t do so, then you will have failed to carry out your duty. The Communications Ministry can discover and suffocate these individuals”.
Tabatabai advised, “If we see a sin it’s useless that we only argue about it. The police force can use the paramilitary forces in carrying out their operations to root out vice”.

Iran suppressive agents harass and arrest women for their appearance

Mullah Tabatabi-nejad, with his off the mark speeches, may look insane to many of us but this is the real world Iranians, men and women, are living in. This is the same fundamentalism that politicians in the west have preferred to overlook for the sake of their” final deal” and “legacy”. Tabatabi-nejad ‘s comments- which are shared by all the mullahs- come following an increase in the crackdown on women failing to veil correctly, playing music too loudly in their cars or acting in a way that is perceived to be sin by the Ayatollahs.

Afshin Alavi of the National Council of Resistance of Iran (NCRI) commented on Tabatabi-nejad’s words, “This reflects the typical mindset of the theocratic regime ruling Iran which is no different to the culture of ISIS “. Alavi added, “Misogyny is a cornerstone of this mindset. The regime’s increasing isolation with each passing day results in more brutal methods of suppression being employed by the regime.”
Tabatabi-nejad is a senior official on the Assembly of Experts, a clerical body of who appoint Iran’s Supreme Leader. He’s not the only cleric who claimed natural disasters can be caused by dressing immorally. In 2010 when Iran was threatened by earthquakes, Sediqi, another Iranian mullah said, “Many women who do not dress modestly lead young men astray, corrupt their chastity and spread adultery in society, which increases earthquakes.”

Filthy Mullahs of Iran, safeguarded by appeasement policies of the west, implement everything including god and religion to maintain their power, but this is not everything. Along with their brothers, Iranian women are now a great force against the Ayatollahs rule. For mullahs the days are numbered. A day does not pass in Iran without a dozen of anti-government rallies take place.

Iran’s resistance is continuing its fight to bring down the Ayatollahs and to bring about peace and democracy in Iran. This resistance which is led by a charismatic woman, Maryam Rajavi, has already attracted a large number of Iranian women. Every year around this time Iranian resistance holds its annual gathering in Paris. The event every year absorbs thousands of young Iranian men and women who gather to listen to Mrs. Rajavi‘s speech. National Council of Resistance of Iran (NCRI) has informed that the event this year will be held on July 19th in Paris. As always mullahs will try to stop this event but it does not seem they can succeed due to the large support for the event. 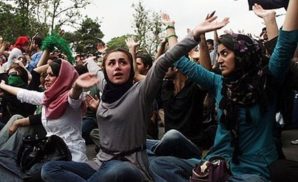 Heshmat Alavi is a political activist and supporter for regime change in Iran. He writes on Iran and the Middle East.He tweets at @HeshmatAlavi