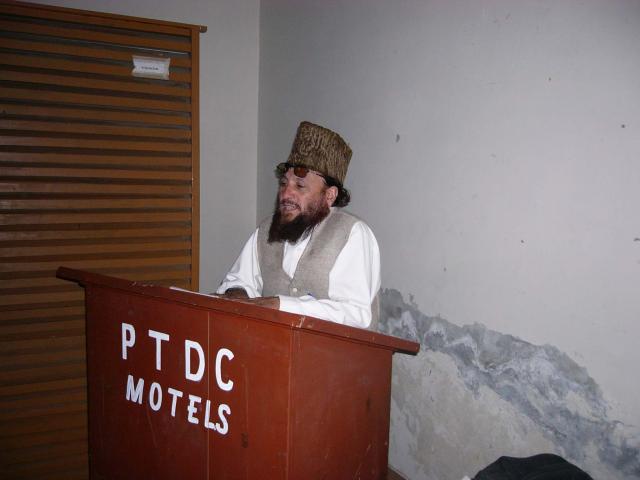 CHITRAL: A one day seminar on Scarping the finding of the study Facts & Finding regarding Human Rights was held here in a local hotel. The program was organized by Easy & Equitable Access to Justice of Women of Chitral a project of Legal Aid Forum for Human Rights Chitral funded by TROCAIRE.  The seminar started with the recitation from the Holy Quran. District Naib Nazim Sultan Shah was chief guest on the occasion while the ceremony was presided over by Maulana Israrud Din Alhilal Chair person Board of Director LAFH. Niaz A Niazi Advocate president LAFH briefed about his organization while Niaz Ali Shah General Secretary briefed the participants regarding the finding of the Study of Human Rights and highlighted different aspects of human and fundamental rights. He said that only 15% women folk working in different sector out of 9276 employment at Chitral. He said that some 15695 girls are reading in primary schools but only 481 in college level. Drop out ratio is high after primary, middle and metric level.

He also pointed out major issues of women problems and their possible solution. Like lack of education, non involvement in decision making, depriving form heirity  and property rights. There are so many issues that need attention of the law enforcement agencies, legislators, elected representatives etc. he stressed upon changing of our attitudes toward women folk and enhancement of tolerance.

The participants (male and Female both) were divided in different groups and were given the task to prepare their presentation on different issues with their recommendation and possible solution.

The participants especially women folk delivered their presentation with a very best way and stressed upon the male participants to give due right to their daughters, wives and sisters so as to encourage them to play vital role in development of the country.

Addressing the seminar the chief guest said that this is our moral duty to pay due attention to women folk and to solve their genuine problems. He said that women folk should to get more and more education because educating a daughter is like to educate the whole family. Maulana Israruddin Alhilal who was chairing the seminar said that Islam has bestowed real rights to women folk some 1400 years ago. He concluded the seminar with his prayer words.  A large number of women, men, Nazimeen, lawyers, journalists, social workers and representatives of Non government organization attended the seminar.