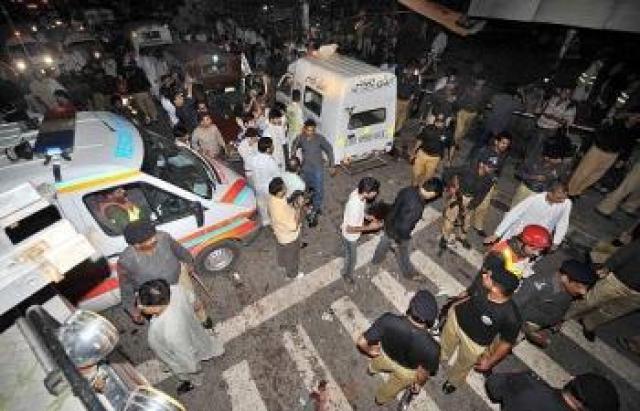 The shiite processions were targeted by the terrorists that were marking the martyrdom of Hazrat Ali (R.A.A) on Wednesday, killed 18 and injured some 200 people.

The blasts took place near Imam bargah Karbala Gamey Shah in the centre of a big crowd, the injured were rushed to nearby hospitals.

Emergency has been declared in the hospitals of the city, according to media sources.