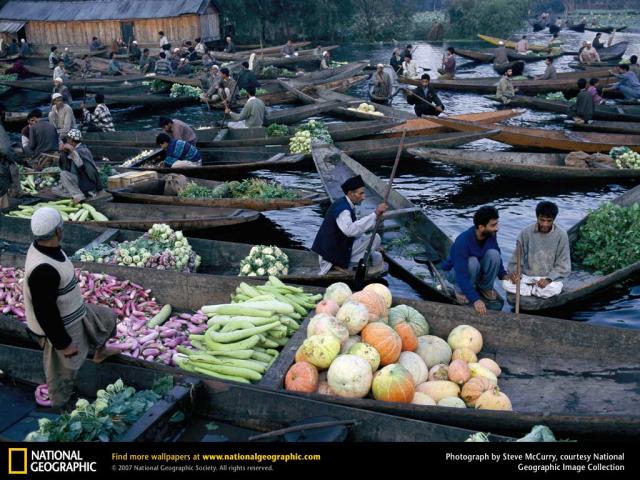 Chief Secretary Mr. S. S. Kapur today directed the concerned departments to furnish an Action Taken Report at the earliest on the Court directions wherein it has been made mandatory for the State government to restore and preserve the pristine glory of the world famous Dal, Nagin, Khushal Sar and Anchaar lakes on the shores of which the city of Srinagar is located.
Chairing the 12th meeting of Coordination Committee of Housing and Urban Development Department here today, and attended by several high level officers, the Chief Secretary said there is no dearth of funds but the need is to reactivate the efforts necessary for protecting these water-bodies. He called for launching a vigorous publicity campaign through print and electronic media for sensitizing the people about the importance of these tourist attractions.
Mr. Kapur said that since these water-bodies have become custodian legis, the government has accordingly published a notification in different local newspapers of the State to aware the people and the concerned departments that the management, preservation and development of these water-bodies are henceforth directly answerable to the court.
The meeting was informed that the State Pollution Control Board (SPCB) has started monitoring of the three Sewerage Treatment Plants (STPs) of LAWDA at Nishat, Habback and Hazratbal in compliance with the court directions. The Board has been conducting twice in a month chemical analysis of the effluents collected both at the influx and out-flux sites at these STPs. The frequency has now been increased twice in a week, which will be further increased to three times, once the upgrdation of laboratory is completed.
Keeping in view the ecological richness and tourist potential of the State, it was decided that under the modified rules, a blanket ban would be imposed on use of polythene at some important tourist resorts.
The Health Department was asked to pursue the policies of disposing off the solid waste near health institutions by adopting the latest treatment methods. The LAWDA was asked to cancel the licenses of all non-existent house-boat owners who had registered their house-boats illegally during the turmoil.
The Chief Secretary also reviewed the components, conservation and management projects of Dal and Nagin lakes and the implementation of the rehabilitation and resettlement programme of Dal dwellers.